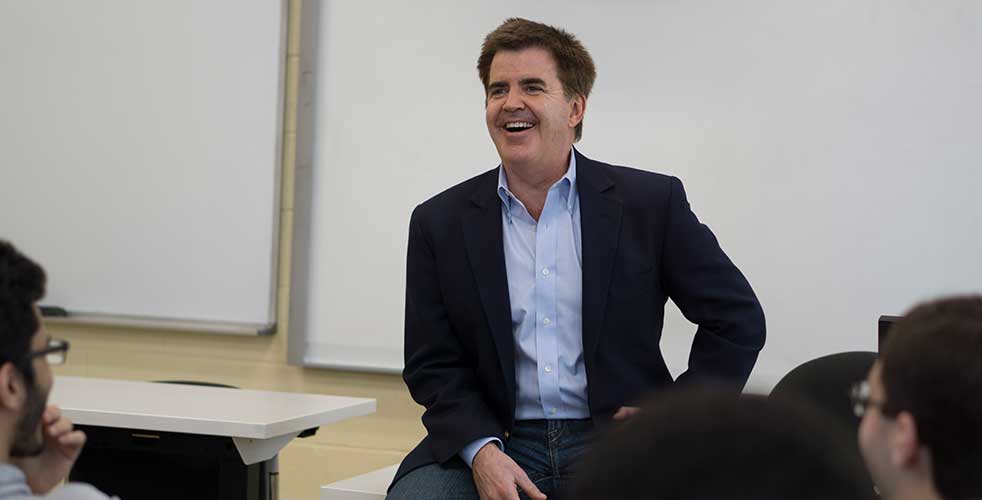 An engineering professor is putting a new spin on baseball.   Baseball Analytics, a new Honors College seminar offered this semester, explores the statistical tools used for measuring and understanding baseball and it’s been a big “hit” with students.

Taught by Dr. Richard Puerzer, Ph.D, associate professor of industrial engineering and chairman of the engineering department, Baseball Analytics explores how to use player and team performance data to better understand the complex systems which make up the game of baseball.

“Statistical analysis tools are utilized in many fields as a means for measuring and better understanding systems,” Puerzer said.  “The sport of baseball is perhaps the most statistical of sports.”

Dr. Puerzer has been actively involved in baseball scholarship for almost 20 years and has served as the co-director of Hofstra’s 2012 50 Year History of the New York Mets Conference.  He is a regular presenter at the Baseball Hall of Fame in Cooperstown and has researched and written on a broad array of baseball topics in prominent journals.

In addition to giving students a greater appreciation of the game of baseball, Dr. Puerzer hopes that the course will help develop critical thinking and problem-solving skills.

Civil engineering major Thomas Piscopio ’19 is one of 16 students enrolled in the course.

“I was surprised to learn that many stats that are typically broadcasted aren’t as valuable in determining a player’s performance as I previously thought,” Piscopio said.

“Before taking this class, I was only able to read stats on a website.  Now I know how to manipulate the information and evaluate players on my own,” Ching said.

In addition to sharing his own expertise, Puerzer has invited several other “heavy hitters” in the industry to share their knowledge and experience with students.

Guest lecturer Brian Kenny is an anchor on the Major League Baseball Network and spoke to students about how statistical analysis is impacting baseball and the recruiting process.  His book, Ahead of the Curve is required reading for the course.

Jay Jaffe, author of The Cooperstown Casebook: Who’s in the Baseball Hall of Fame, Who Should Be In, and Who Should Pack Their Plaques was also a guest lecturer in the class.  Jaffe is noted as the sabermetrician who developed JAWS (Jaffe WAR Score system) as a way to measure a player’s Hall of Fame worthiness by comparing him to the players at his position who are already enshrined.

“Since analytics have penetrated baseball, there’s more uniformity in the way managers analyze players,” Jaffe told students. “There are also so many more ways to measure players now. For example, previous Hall of Fame analyses didn’t account for defensive plays.”

Jaffe discussed many of the factors that can impact the analysis of a player’s performance from the use of steroids and Tommy John’s surgery to a player’s age during their peak years.   He also offered valuable advice to students interested in getting into the sports analytics industry.

“Develop your quantitative skills—database, computer programming—and know that you’ll be competing with at least 10,000 other young people,” Jaffe said. “Learn Spanish or Chinese and how to write well so you can communicate your ideas to others.”

Dr. Puerzer is the recipient of the 2017-18 Teacher of the Year Award for the Fred DeMatteis School of Engineering and Applied Science. 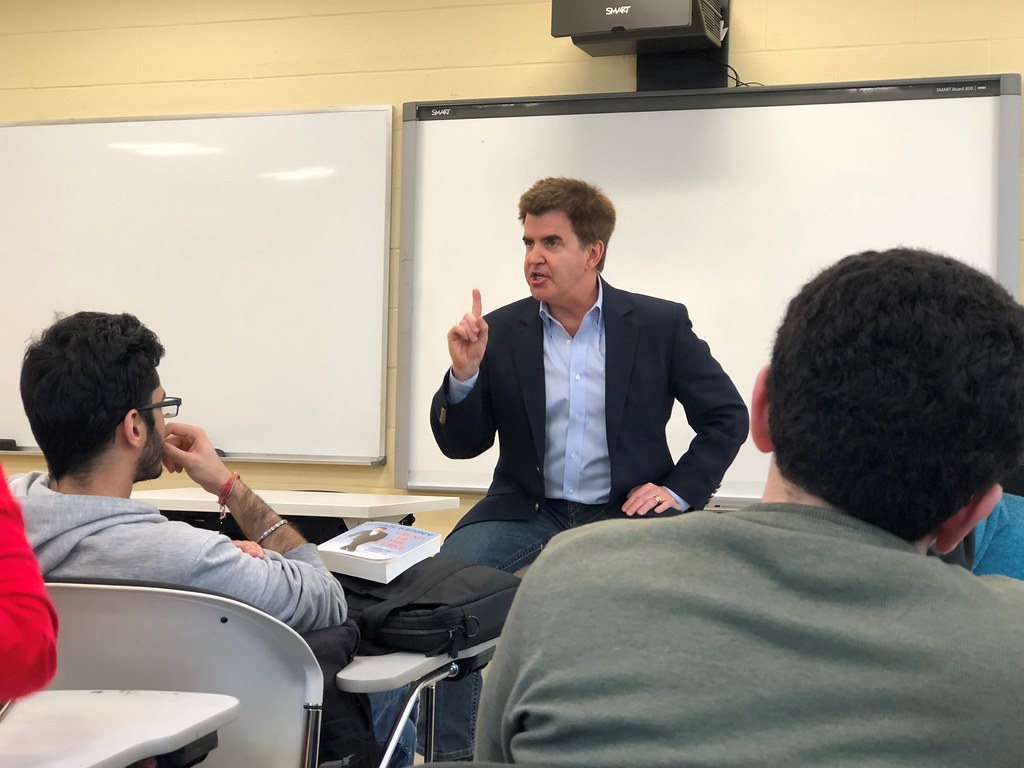