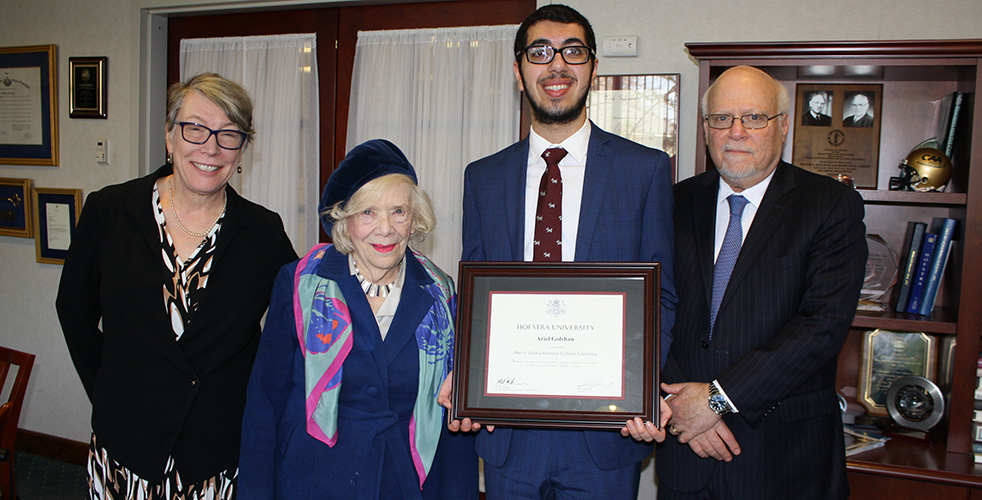 Mechanical Engineering major Ariel Golshan ‘18 has been named the recipient of this year’s Albert I. DaSilva Memorial Endowed Scholarship for achieving a 4.0 G.P.A. After graduating from Hofstra this month, Golshan, who resides in West Hempstead, NY, will be working at National Grid. His plans also include returning to school to earn a master’s degree.

The late Mr. Albert DaSilva was a noted entertainment lawyer. His wife, Zenia DaSilva, was a professor of Romance Languages and Literature at Hofstra. She has the distinction of being the University’s longest-serving faculty member. Now retired, she taught at Hofstra for 54 years.

On May 1, 2018, Dr. DaSilva, Hofstra President Stuart Rabinowitz, and Provost and Senior Vice President for Academic Affairs Gail Simmons, met with Golshan. Dr. DaSilva discussed her and her husband’s commitment to education, the humanities and to helping young people achieve their professional and academic goals. 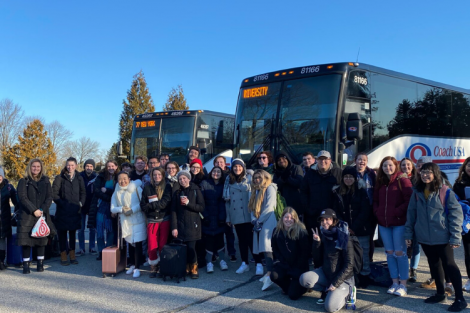