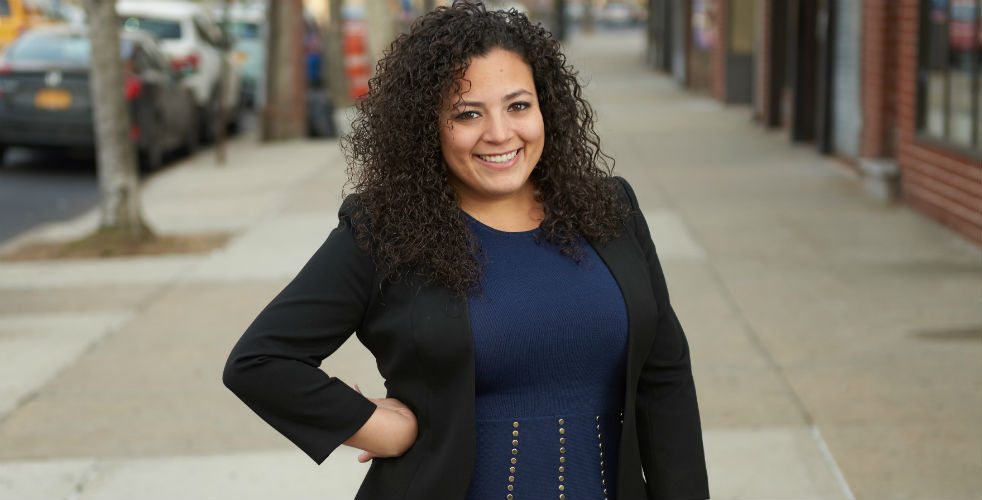 Public relations alum  Nathalia Fernandez won an April 24th special election for an interim seat representing the 80th district in the New York State Assembly.  She will represent residents in the Bronx communities of Norwood, Pelham Parkway, Morris Park, Allerton, and Pelham Gardens at the state Capitol in Albany.

The win makes her one of seven Latinas to currently serve in the state assembly, a historic high.  At age 29, she is also the youngest Latina, and the first of Colombian descent.

“I want to use this role to make a difference, especially for those in my district,” said Fernandez, who was sworn in on Monday, April 30th.  Ensuring access to education and quality health care are among her main goals.

Fernandez, a 2010 graduate of the Lawrence Herbert School of Communication, noted that her training in public speaking gave her vital skills for her career.  “Hofstra helped prepare me for life in public service,” she said. “I have a responsibility to deliver the message of the people. My education prepared me to do just that.”

A Democrat, she soundly defeated Republican challenger Gene DeFrancis for the post, which was vacated when former Assemblyman Mark Gjonaj won his bid to join the New York City Council. Fernandez was Gjonaj’s chief of staff from 2016 to 2017.

She also served as Bronx regional representative for Governor Andrew Cuomo, who endorsed her in the race.  In a statement, he said: “Nathalia Fernandez is a proven leader who will advance the progressive values of opportunity and equality that built the Empire State in the first place. From fighting for the middle- and working-class to advancing the rights of women and girls, Nathalia will continue the fight to make New York a fairer, more equal state for all.”

Because she is finishing the term that Gjonaj won in the 2016 general election, Fernandez will need to run again in the September primary to be the Democratic nominee in the November elections.