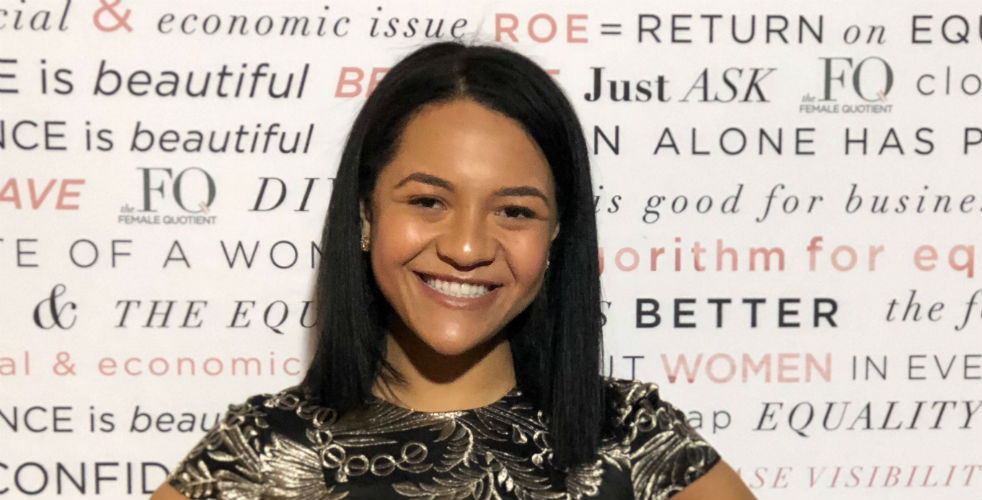 Tia Di Salvo, a junior public relations major in the Lawrence Herbert School of Communication, was awarded a 2018 New York Women in Communications, Inc. (NYWICI) scholarship, which was given on the basis of academic excellence, leadership qualities, need, and a demonstrated commitment to the communication industry.

Di Salvo, of Saugus, Mass., won $5,000 in scholarship money from Interpublic Group (IPG), which represents advertising and marketing firms in more than 100 countries. She will also intern with IPG agency Weber Shandwick in its crisis practice this summer in New York City.

At Hofstra, Di Salvo is a research assistant to public relations professor Kara Alaimo, helping her to analyze academic journals, studies, and current news topics that could be integrated into Dr. Alaimo’s regular op-ed columns for Bloomberg News and CNN. Di Salvo also served as vice president of programming for her sorority, Alpha Epsilon Phi, and as vice president of communications for Hofstra Hillel, the center for Jewish life on campus. She has also worked at campus media outlets WRHU 88.7 FM, The Hofstra Chronicle, and HerCampus.com.

Since last fall, she has interned in the Manhattan District Attorney’s press office, where she creates and distributes daily media clips, conducts research for briefings, maintains the office’s media library, and observes court proceedings on behalf of press officers.

“I am passionate about working in media, as it is a place where I can use my writing skills to craft messages that impact change,” said Di Salvo, who is minoring in Middle Eastern and Central Asian studies as well as political science. “In my current internship in the Manhattan District Attorney’s press office, I have seen how the media serves as a vehicle of communication between public policy and the general public. I’ve spent a hearty amount of my academic career studying global media, and I’m thankful we live in a country with a free press. Being able to promote this democratic value is what I love most about working in public relations.”

After graduation in 2019, Di Salvo plans to attend law school to study international law and pursue a career in global media strategy and crisis communication. She hopes to eventually run her own media consultancy firm specializing in government relations and public affairs.

She and 19 other scholarship recipients were recognized at the NYWICI’s annual Matrix Awards ceremony on April 23 in New York City, which was hosted by NBC’s Savannah Guthrie and honored several notable women in media including actress Halle Berry, MSNBC host Mika Brzezinski, and Kim Kelleher, chief business officer for Conde Nast.

The NYWICI Foundation is a public charity founded in 2000 that helps women successfully enter the communications industry with financial support, professional guidance, and educational programs.  It is the largest foundation for communications scholarships for women in the tristate area.