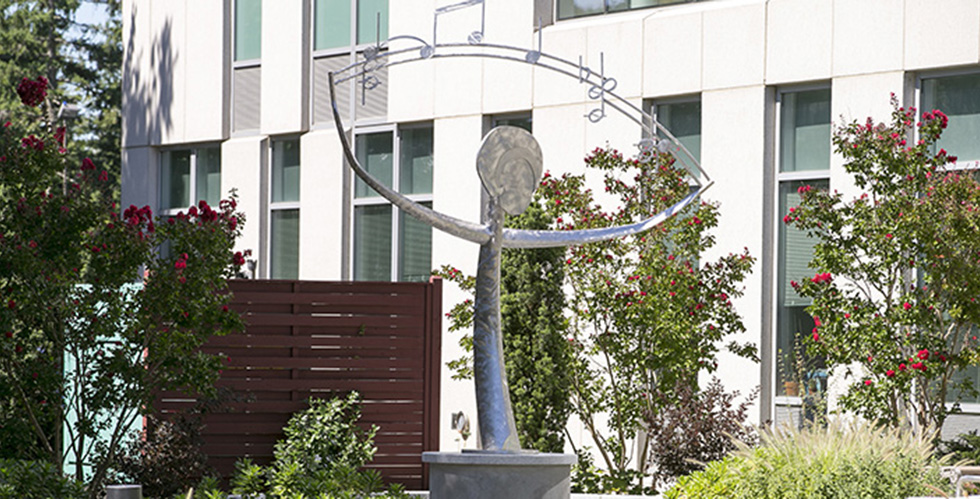 The talents of choral students and a new faculty member will be featured at The Helene Fortunoff Theater this weekend. Christine Dentato ’18 will perform on Friday, April 13, at 7:30 p.m., followed by Michael Fernandez ‘19 and Alex Herron ’19 on Saturday, April 14, at 8 p.m. Cellist Tomoko Fujita, adjunct assistant professor of music, will perform on Sunday, April 15, at 3 p.m.

Dentato, a resident of Farmingdale, NY, is pursuing a fine arts degree with a concentration in photography and a minor in music. For her recital, she will be accompanied by pianist Violetta Zabbi, an Adelphi University professor; violinist Aimee Lillienstein, cellist Dimitra Vrosgou ‘21, and mezzo soprano Sydney Hankins ‘17.

Her recital pieces range from dramatic to comedic compositions. Dentato and her vocal instructor, Adjunct Professor of Music Tammy Hensrud, put careful thought into the program. “I love singing music that has character. One aria that I am performing is from La Boheme, the first opera I ever saw. So that piece is very special to me,” Dentato says.

Dentato has been involved with Hofstra Opera Theater, including February’s performance of The Fairy Queen, and the Hofstra’s Collegium Musicum. She has also participated in the Oyster Bay Music Festival and is currently playing the title role in the Gilbert and Sullivan Light Opera Company of Long Island’s production of Patience.

Michael Fernandez and Alex Herron are baritone singers in Hofstra’s choral program. They also recently appeared in the Hofstra Opera Theater production of The Fairy Queen. Fernandez, a music education major from Farmingdale, NY, and Herron, a business management major from Hampstead, NH, will be accompanied by pianist Brianna Brickman ’17.

When Herron and Fernandez were choosing the repertoire for their recital, they were seeking music that stressed technicality to challenge their skills as performers. However, their hope is for audience members to enjoy the storyline behind each piece.

Herron aspires to continue as a vocal performer in classical music after graduation. Fernandez plans to become an elementary chorus and general music teacher.

Professor Fujita is a recent addition to the Hofstra music faculty. She will celebrate her first year at Hofstra by performing the music of Frescobaldi/Cassadó, Caroline Shaw, Franz Schubert, and Dmitri Shostakovich for the Hofstra community. She will be accompanied by guest artist Luba Poliak, piano.

Hailed as a “first-rate” cellist by The Boston Globe, Fujita was a founding member of the Bryant Park Quartet, and played with the group during its 10-year history which included a self-titled album in 2014. She has also collaborated with esteemed artists such as Itzhak Perlman, members of the Cleveland, Emerson, and Juilliard String Quartets, dancer Wendy Whelan, and the Lar Lubovitch Dance Company. Currently, Tomoko is a member of the New York Chamber Music Co-Op, a new creative performance collaborative in New York City.

Fujita has premiered and performed many contemporary works as a soloist – she was praised in Strad magazine for her “haunting” performance of Morton Subotnick’s Axolotl – and in ensembles such as Argento Chamber Ensemble, Mimesis Ensemble, New Fromm Players, Stony Brook Contemporary Chamber Players, and New Juilliard Ensemble. On baroque cello, she has performed with the Aulos Ensemble, and at the Boston Early Music Festival and the Naumburg Orchestral Concerts series.

The Helene Fortunoff Theater is located at Monroe Lecture Center on Hofstra’s South Campus. Admission to the recitals is free. For more information, contact the Music Department at 516-463-5490.

A Musical European Voyage
FORM Presents “The Moon and Her Stars”