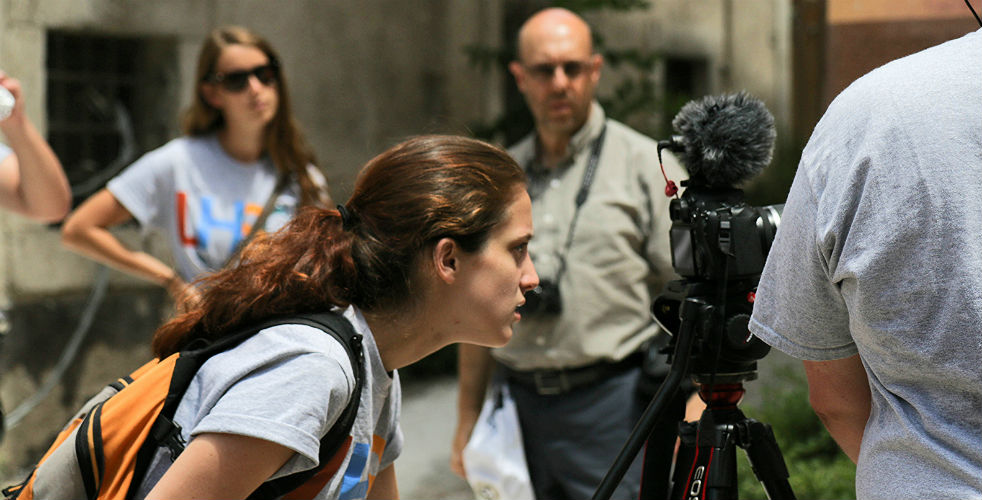 Hofstra University will host the “Shoot 4 Change New York: Shoot Local, Change Global” inaugural conference on Tuesday, April 10, 2018, 8:30 am-6 pm, which will examine how the power of visual media can raise public awareness and social engagement about pressing global issues. The event marks the launch of the New York chapter of the international Shoot 4 Change (S4C) organization.

Sponsored by the Hofstra Cultural Center and the Lawrence Herbert School of Communication, the one-day conference will bring together photographers, videographers, educators, and other storytellers for sessions that exploring the evolution of photojournalism, new uses of social media to reach audiences, and the ways in which innovative visual media – such as 360-degree immersive video — can tell the humanitarian stories of refugee and immigration crises not often covered by mainstream media. All events are free and open to the public with registration.

“The work of these photographers, activists, and humanitarians is truly heroic,” said Randal Hillebrand, conference director and a professor in the Department of Radio, Television, Film. “They bring a recognition of human suffering, perseverance, and determination that will cause people to ponder their own place in the world, the privileges they have as Americans, an awareness of those that lack those privileges as they have attempted to become Americans, and what they can do in the future to use the power of the media to do ‘good’ work in the world.”

A session on modern-day immigrants and refugees features Ravi Ragbir, founder of the New Sanctuary Coalition, Syrian refugee Ahed Festuk, and a Skype talk with Aura Hernandez, an undocumented immigrant from Guatemala who recently made news when she and her children moved into a Manhattan church to avoid deportation.

The new S4C New York chapter will be based at Hofstra University, under the leadership of Professor Hillebrand, public relations major Sarah Schwartz’18,  and 2017 video/TV and film production graduate Ashley Iadanza. The University first began a partnership with Shoot 4 Change in 2016, when Prof. Hillebrand and Jeff Morosoff, associate professor of public relations, accompanied 11 students to Italy to take on media projects on behalf of the organization, as part of the Herbert School’s “SCO in Rome!” study abroad program.

More than a dozen students in film, television, and public relations have played critical roles in shaping the conference, from producing a television fundraiser to handling logistics, panel programming, and publicity, under the guidance of Professors Hillebrand and Morosoff.

The Shoot 4 Change organization, founded in Italy, is a network of professional and amateur photographers, journalists, designers, and artists who are dedicated to reporting humanitarian stories for NGOs (non-governmental agencies) and other social organizations.