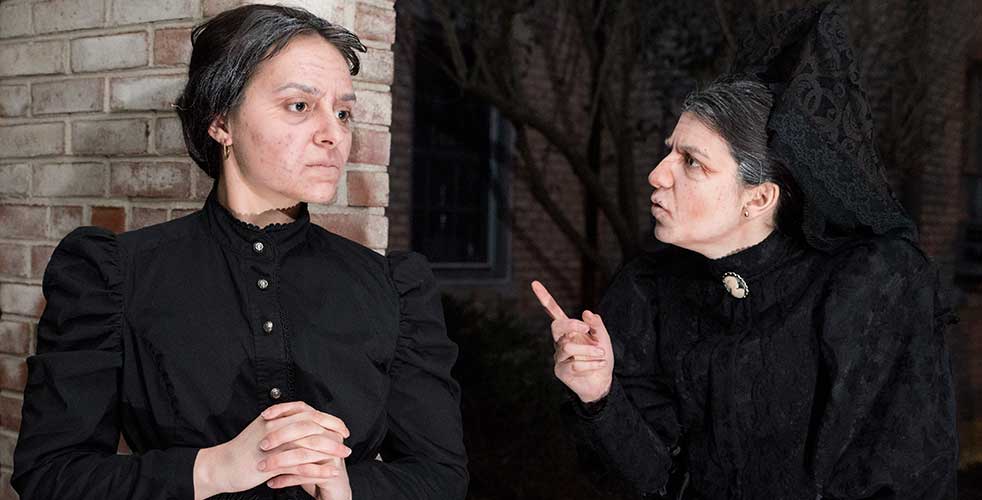 Featuring an all-female cast, The House of Bernarda Alba is the story of a family in mourning, led by a stern and abusive matriarch. Upon the passing of her second husband, Bernarda announces to her five daughters that the family will observe the traditional eight-years of cloistered mourning. Each daughter desires love, but with the doors clamped shut, they silently turn to other pursuits. Ultimately, the pressure of this caged passion leads to a tragic climax, unrelenting in its severity and terror.

Critically acclaimed alongside the rest of his body of work, The House of Bernarda Alba was Garcia Lorca’s final play; two months later he was killed in the Spanish Civil War.

The House of Bernarda Alba

Tickets to each performance are $10, $8 senior citizen. Members of the Hofstra community receive two free tickets upon presentation of a current HofstraCard.

For tickets and information call the Hofstra Box Office at 516-463-6644, or purchase tickets online. If seats are still available on the day of performance, tickets will be sold at the door starting 90 minutes prior to show time at the theater box office window. (Please note, free tickets for Hofstra community members cannot be reserved online. They may be picked up at the Box Office.)