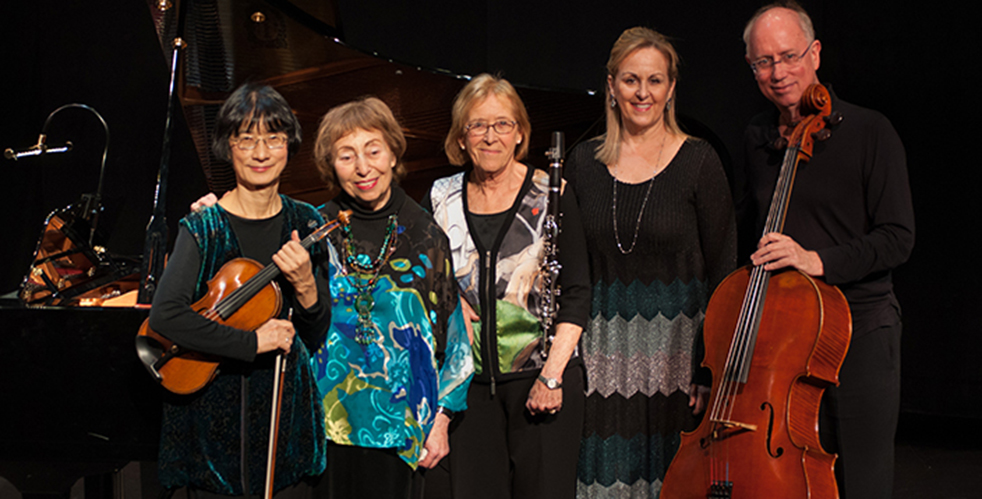 The American Chamber Ensemble celebrates 100 Years of Leonard Bernstein with a concert at Hofstra University on Sunday, April 8, 2018, at 3 p.m. “Bernstein and Brahms” will take place at The Helene Fortunoff Theater, California Avenue on Hofstra’s South Campus.

Come early and take part in a 2:30 p.m. preconcert Q&A with guest artist Stanley Drucker, who will reminisce about performing in the New York Philharmonic under the direction of Bernstein. Mr. Drucker, who holds a place in the Guinness Book of World Records for the longevity of his musical career, spent 61 years in the Philharmonic – 49 of them as its principal clarinetist. The last time he performed under Leonard Bernstein was a 1990 Christmas Day concert in Berlin celebrating the fall of the Berlin Wall. Drucker, a former adjunct assistant professor of music at Hofstra, will perform Bernstein’s “Sonata for Clarinet and Piano” at the April 8 concert. Other selections include Brahm’s “Clarinet Trio,” Bernstein’s, “Dream With Me,” “Simple Song” and “Make Our Garden Grow” with soprano soloist Donna Balson and the Nassau Symphonic Choir.

Concert tickets are $20 general admission; $15 senior citizen (over 65) or matriculated non-Hofstra student with ID. For tickets and information call the Hofstra Box Office at 516-463-6644, or purchase tickets online. If seats are still available on the day of performance, tickets will be sold at the door starting 60 minutes prior to show time at the theater box office window.