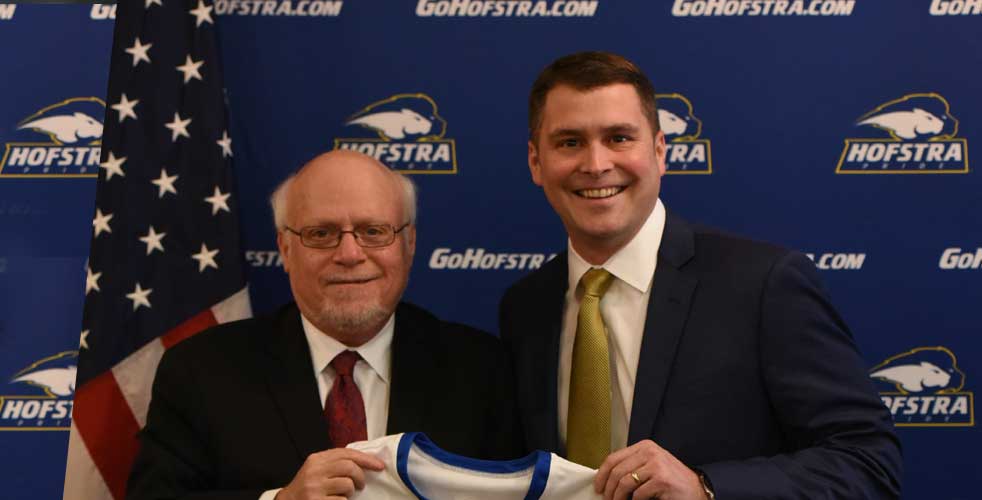 Cole, known as a dynamic, creative manager with wide-ranging experience in athletics administration, will start May 21. Cole brings expertise in external relations, including fundraising and marketing, and is dedicated to the success of student athletes in their chosen sports and in the classroom.

During his five-year tenure at Iona, the Gaels programs set records in athletics, academics, community service and revenue.  Since 2013, Iona has earned 18 Metro Atlantic Athletic Conference (MAAC) Championships, including three straight MAAC tournament championships and NCAA Tournament appearances for men’s basketball, and the first-ever MAAC tournament and NCAA appearance for women’s basketball in 2015-16.

Cole helped to establish new community service programs for student-athletes, and led efforts to transform athletic facilities with a series of capital projects including renovating the Hynes Athletic Center and the installation of jumbo state-of-the-art scoreboards.

“Rick Cole will bring extraordinary energy and leadership to the future of Hofstra Athletics, and to our mission of producing student-athletes who are champions in academics, athletics and in their communities,” said Hofstra President Stuart Rabinowitz.

Hofstra Pride athletics competes in 17 intercollegiate sports at the Division 1 level, in the Colonial Athletic Association (CAA). Over the past five years, Hofstra Pride teams have made 18 post-season appearances, including 14 NCAA Tournaments, and captured 10 Colonial Athletic Association (CAA) regular season titles.  Student-athletes received 24 CAA Player of the Year awards; 15 CAA Scholar-Athletes of the Year awards and nine CAA Rookie of the Year awards.  In addition, the Pride produced 15 All-Americans, seven Academic All-Americans and seven coaches were named CAA Coach of the Year.

“My family and I are honored and humbled to join the Hofstra family. We are excited and thankful for the opportunity that President Rabinowitz has provided,” said Rick Cole Jr.  “Hofstra University has excelled academically and athletically for decades.  Our student-athletes, coaches and staff will remain committed to a culture of excellence that is Hofstra.  We will work tirelessly and have a high-expectation environment that is welcoming, passionate and rooted in integrity.

“I look forward to working closely with our student-athletes, coaches, alumni and the University’s faculty and staff to position the Pride for success by every measure,” Cole said.

Shortly after arriving at Iona, Cole embarked on a rebranding of the athletic marks and website, and negotiated a shoe and apparel partnership with Adidas, as well as launching the Gaels’ participation in the ESPN3 School Productions program. He also increased academic support services for Iona student-athletes, including expanding and renovating the athletic department’s academic center.

“Rick Cole brought a strong athletics program to new heights. For a small Catholic college, we achieve outsized results,” said Iona President Joseph E. Nyre. “Under Rick’s leadership, Iona athletics has experienced success both on and off the playing field. On behalf of everyone at Iona, I offer Rick my congratulations and heartfelt gratitude for the lasting contributions he’s made to Iona College. I wish him all the best in his new role.”

“I look forward to welcoming Rick Cole to the CAA,” said CAA Commissioner Joseph D’Antonio. “His leadership, experience and enthusiasm will only enhance our conference.”

Cole was chosen following a national search that included a committee, appointed by President Rabinowitz, of Hofstra trustees, administrators, representatives from the athletics department, and supporters of Hofstra athletics.

“One of Rick Cole’s most impressive qualities is his ability to integrate tradition and innovation,” said search committee member and Hofstra trustee Joseph Sparacio ’89, who is also chair of the Board of Trustees’ athletics committee. “He understands and respects the history of Hofstra Pride athletics, and will be a great steward of its future.”

Cole earned his bachelor’s degree in political science and his master’s degree in higher education, both from the University at Buffalo. He lives in Oakdale with his wife, Brooke, and their three children.