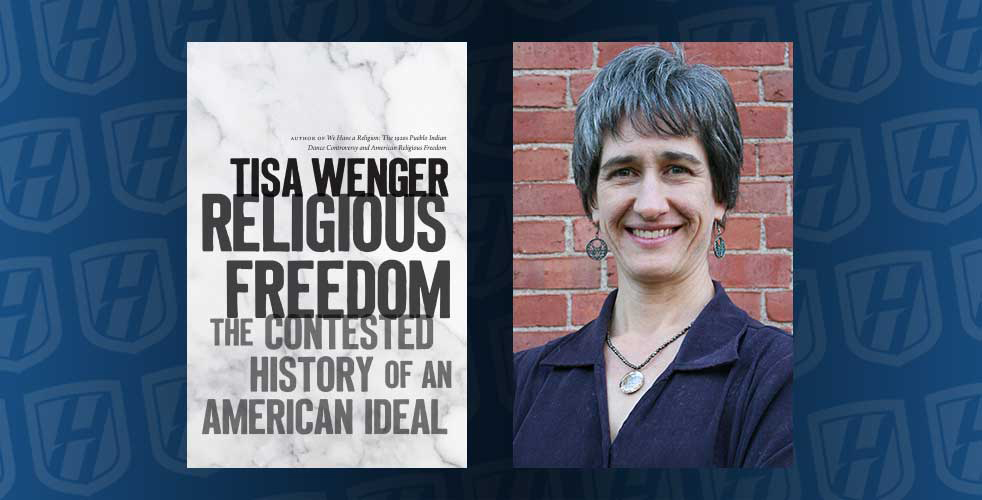 The ways in which religious freedom protections can be manipulated by people in positions of power are the subject of a discussion featuring Dr. Tisa Wenger, author of the new book Religious Freedom: The Contested History of an American Ideal.

This event will take place on Wednesday, March 28, at 6 p.m. at the Lowenfeld Conference and Exhibition Hall, 10th floor, Axinn Library, South Campus.

Prior to writing Religious Freedom: The Contested History of an American Ideal, Dr. Wenger was praised for her 2009 book We Have a Religion: The 1920s Pueblo Indian Dance Controversy, which was credited with advancing discussions and studies of religious freedom in academia.

In Religious Freedom, published in 2017, Wenger looks at court cases such as those involving Hobby Lobby and Masterpiece Cakeshop, and shows how religious protections have worked to perpetuate privilege.

Professor Wenger’s research and teaching interests include religious encounters in the 19th- and 20th-century United States, especially the U.S. West; the cultural politics of religious freedom; and the intersections of race, religion, and empire in American history.

This event is presented by the Department of Religion and co-sponsored by Hofstra University Honors College, the Hofstra Cultural Center, Departments of History and Political Science, and the Jewish Studies Program.

Money, Politics & the NRA
Get Ahead This Summer