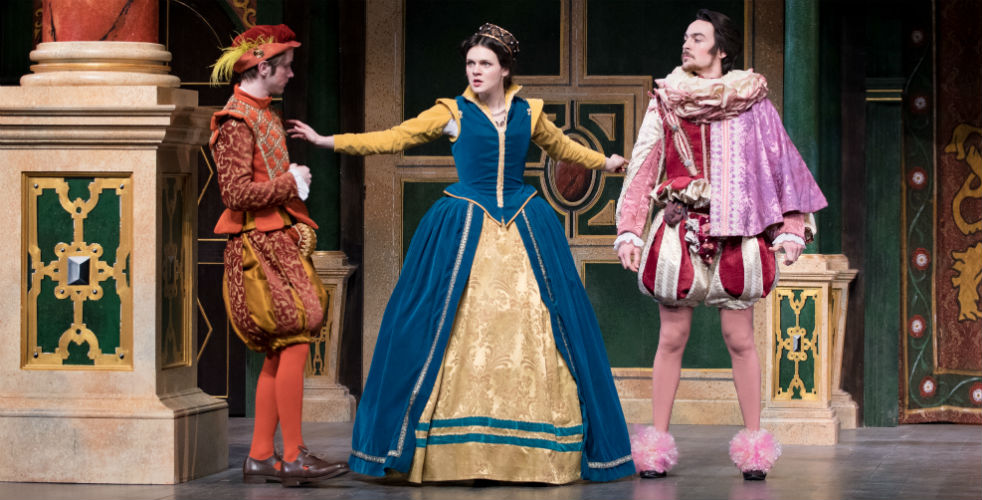 The Two Gentlemen of Verona, believed to be Shakespeare’s first play, will be the second shown on Hofstra’s stunning replica of the Globe Stage. Performances of the 69th Annual Shakespeare Festival will take place at the Toni and Martin Sosnoff Theater at the John Cranford Adams Playhouse, March 1-11, 2018.

This year’s Shakespeare Festival  includes Something Wicked – a one-hour adaptation of Macbeth, suitable for young audiences – and a concert of early music by the Hofstra Collegium Musicum.

There will also be a discussion on the intersection of scholarship and practical theater, featuring Valerie Clayman Pye, author of Unearthing Shakespeare and LIU Post Assistant Professor of Theatre, and Hofstra drama faculty on Friday, March 2, at 4 p.m.

This is only the second time that The Two Gentlemen of Verona will be performed at Hofstra – the first time was in 1978. Director Ilona Pierce explains the comedy was chosen to follow last year’s production of Hamlet. “While traditionally the play focuses on the friendship between the ‘Two Gentlemen,’ our production shifts the emphasis to the friendship and strength of the female characters.”

THE TWO GENTLEMEN OF VERONA

In what may well be Shakespeare’s first play, Valentine and Proteus, the “two gents” of the title, find their relationship put to the test when they both fall in love with the same woman. Complicating their pursuit are outlaws, rivals, a jilted lover, two mismatched servants, and even an obstinate dog!

SOMETHING WICKED – A One-Hour Macbeth

Filled with witchcraft, betrayal, and ambition run amok, this one-hour touring adaptation is an excellent introduction to Shakespeare, suitable for young audiences.

This panel on the intersection of scholarship and practical theater features Valerie Clayman Pye, author of Unearthing Shakespeare, and Hofstra drama professors: David Henderson, designer of the Hofstra Globe stage; and Christopher Dippel, director of last year’s production of Hamlet. The discussion will be moderated by Something Wicked director Jean Dobie Giebel.

Pye is the author of Unearthing Shakespeare: Embodied Performance and the Globe (Routledge Press, 2017). It is the first book to consider what the Globe, today’s replica of Shakespeare’s theater, can contribute to a practical understanding of Shakespeare’s plays. Pye teaches in the Department of Theatre, Dance, and Arts Management at LIU Post. This talk is free and open to the public.

The Globe Stage replica is considered the most authentic recreation of Shakespeare’s original stage in the U.S.  It is the second version of the Globe stage built by Hofstra.

The first Hofstra Globe Stage was built in 1951, based on the meticulous research of John Cranford Adams, Hofstra’s third president and a renowned Shakespearean scholar. For many decades, the Shakespeare Festival was presented on that Globe and featured many students who went on to success in the performing arts –among them were the late Madeline Kahn, Joe Morton, Susan Sullivan, Susan H. Schulman, Phil Rosenthal, Tom McGowan, Peter Friedman and Margaret Colin.

In 1989 archaeologists in London uncovered the almost-intact foundation of the 16th century Rose Theatre and a partial foundation of the Globe. These discoveries, along with modern imaging techniques and computer analysis of original documents, created a much clearer picture of how the Globe was built, what it may have looked like, and how it functioned.  Ultimately, new research led to Hofstra’s decision to retire that first Globe Stage in 2008.

Almost immediately, Hofstra faculty and alumni began an effort to build a new Globe stage, because they believed the experience of performing on the replica is vital to the education of Hofstra’s drama students and to the tradition of the Shakespeare Festival.

Hofstra Drama Professor David Henderson, the designer of the Hofstra Globe Stage reconstruction, spent time abroad in consultation with the archivists and design staff of Shakespeare’s Globe in London. He is the only American college professor to have had the opportunity to study the original plans.

Tickets for The Two Gentlemen of Verona, Something Wicked and the Hofstra Collegium concert are $10, $8 for senior citizens. Members of the Hofstra community receive two free tickets upon presentation of a current HofstraCard. For tickets and information call the Hofstra Box Office at 516-463-6644, or purchase tickets online.

If seats are available on the day of performance, tickets will be sold at the door starting 90 minutes prior to show time at the theater box office window. (Please note, free tickets for Hofstra community members cannot be reserved online. They may be picked up at the Box Office.)

In 2017, nine years after Hofstra’s original Globe Stage retired, the new stage made its debut with Hamlet, becoming the most accurate reconstruction in the country. Read the Newsday story

“The Hofstra Globe Stage gives us an opportunity to explore Shakespeare’s plays the way they were originally presented,” said Hofstra Professor Christopher Dippel, who directed last year’s production of Hamlet. “The Hofstra Globe Stage helps us to understand how the stories were told and look at some of the challenges Shakespeare’s company was wrestling with. For example, [the students] learn how long it takes to go from the Lords Gallery upstairs down to the stage. That is why certain scenes have an extended ending – because one character has to exit and then enter immediately afterward. There are so many discoveries you make working on a stage like this.” 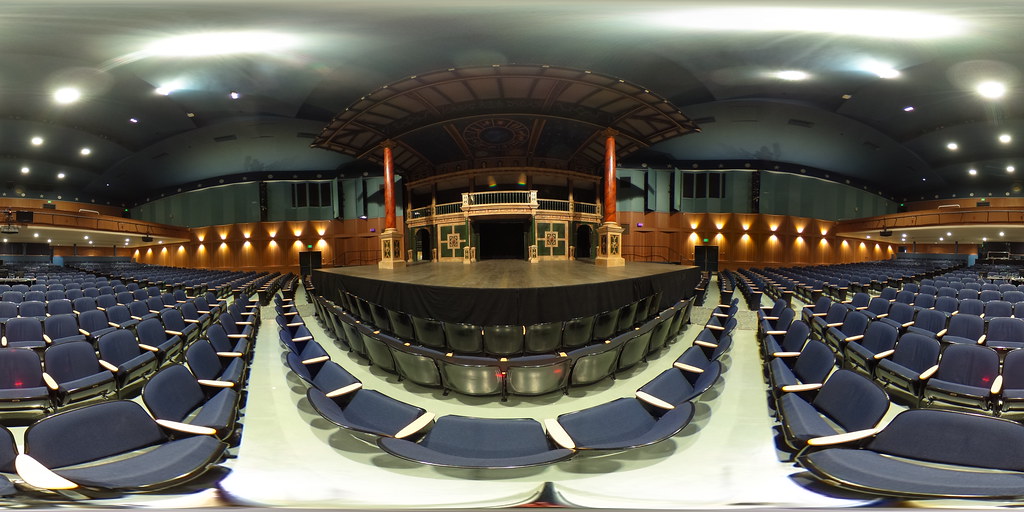