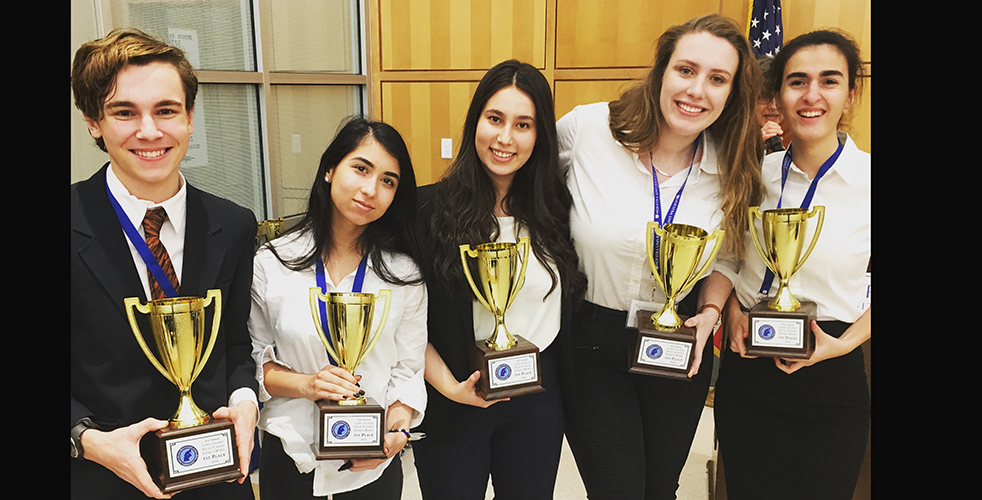 The five-member team from The Stony Brook School will be among the regional bowl winners at the 6th annual National High School Ethics Bowl on April 20-22, 2018, at the University of North Carolina-Chapel-Hill.

The Ethics Bowl is a collaborative event in which students analyze timely ethical issues. Unlike traditional debate programs, students are not assigned opposing views. Rather, they defend the position they believe is right and win by showing that they have thought more carefully, deeply, and perceptively about the cases in question.

The other winning teams of the day included:

The faculty of Hofstra University’s Department of Philosophy  help prepare the high school teachers and students, including creating training videos.

The Ethics Bowl is part of Hofstra’s Regional Scholars Programs, which bring middle- and high-school students from the area to campus for academic competitions and enrichment programs.