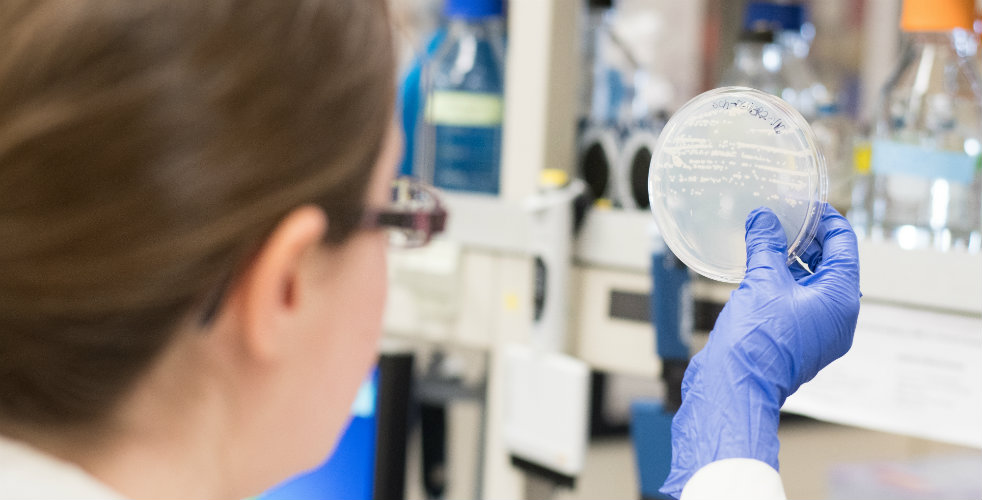 Chaz Scala ’18, of Merrick, New York, received $4,964 from the Mindlin Foundation to fund her work studying plant microbiomes. The grant will cover lab supplies and allow Scala to conduct genetic sequencing, where she can extract DNA from soil and outsource for further analysis. Scala’s research, which focuses mainly on agriculture, is part of a larger effort spearheaded by Izquierdo to help rebuild and sustain dunes on Long Island.

“This work has a local impact, which is important to me being from Long Island,” said Scala. “I was already interested in microbiology, so this just seemed like a natural fit.”

Jonathan Guevara, also a senior studying biology, was awarded an $800 grant from the TriBeta Biological Honor Society to support his research with biofuels, discovering new ways to produce renewable energy.

“I chose this project because it’s not just relevant to microbiologists,” said Guevara. “Renewable energy has political and economical ramifications that impact people way beyond the science community.”

Guevara is the first from the Izquierdo Lab to receive an award from TriBeta, which is dedicated to improving the understanding and appreciation of biology and scientific research. Scala is also first in the lab to be awarded a grant from the Mindlin Foundation, which supports excellence in education, engineering, and the sciences.

“I am very lucky to work with students who love what they do,” said Izquierdo. “They care so deeply about their research projects, so this kind of recognition means the world.”