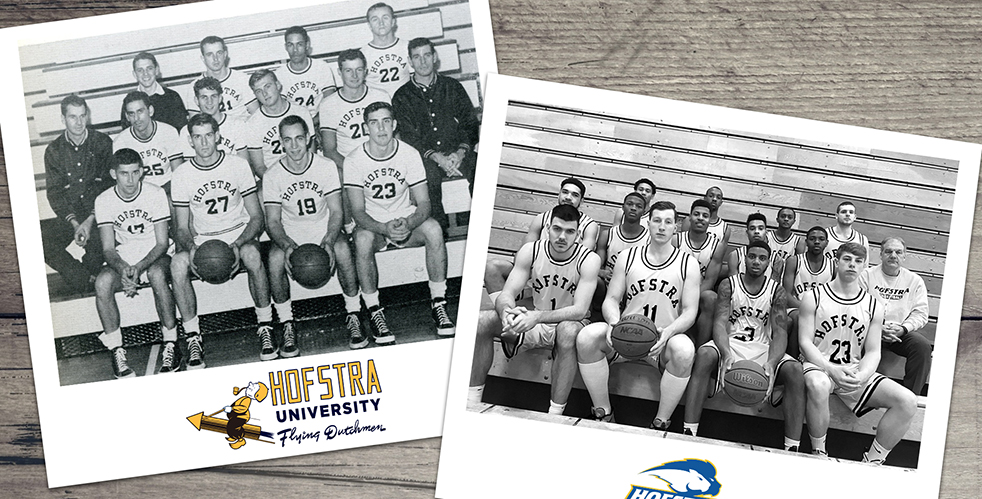 The Hofstra College Flying Dutchmen will host the UNCW Seahawks on Thursday, February 1.

It will be a throwback game for Hofstra, as the team will be wearing 1950s-era uniforms. Tip-off from Calkins Hall (kidding) is scheduled for 7 p.m. between the two conference rivals. The game will take place at the David S. Mack Sports and Exhibition Complex. Legendary Hofstra Basketball star Bill Thieben will return to campus to be recognized pregame and deliver the game ball. Thieben played for Hofstra from 1953-56 and tallied 2,045 career points and 1,837 career rebounds. A two-time All-American, he ranks first all-time in rebounds and sixth in scoring.

To celebrate and honor the rich history of the 1950s and Hofstra Basketball there will be plenty going on that night.

The Hofstra Bookstore will be on hand and selling various 1950s-era items including: t-shirts, key chains, sweatshirts, hats, signs and mugs. There will be FREE popcorn and cotton candy during the first half of the game (while supplies last). To bring the 1950s back to the Mack Sports Complex on February 1, there will be a 1950s-era performance from the Hofstra Dance Team and there will also be 1950s trivia during the game with winners earning throwback prizes. In addition, the Hofstra student who has the best 1950s-era outfit (famous person from the 1950s or best 1950s-themed outfit) will win $500 added to their meal plan.

Tickets can be purchased at HofstraTickets.com, by calling (516) HOF-TIXX or by visiting the Hofstra Athletics Box Office in the lobby of the Mack Sports Complex.