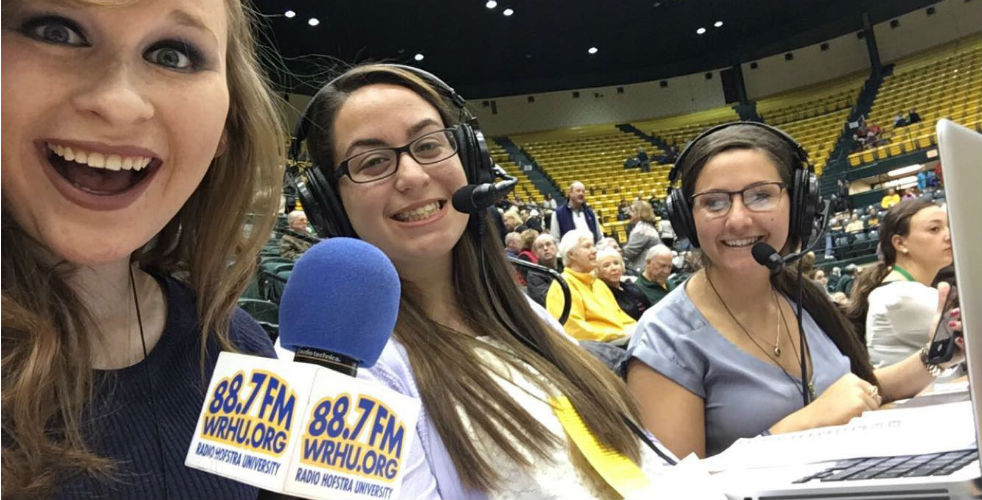 Favorito noted that “rising stars” Megan McGuire’18, Stephanie Ruscio’18, and Victoria Conway’19 are “a rarity in media for any sport, college or pro, where men are on the court, the field, or the ice.”

John Mullen, WRHU’s operations manager, added that the students are “without a doubt three of the best young professional sports broadcasters in the country today. They have a demonstrated, consistent track record of producing a large quantity of quality live radio sports broadcasts for Hofstra’s teams and the NHL New York Islanders franchise. ”

With studios in the Lawrence Herbert School of Communication, WRHU’s award winning student-run radio station was named non-commercial radio station of the year by the National Association of Broadcasters in the prestigious Marconi Awards competition in 2014 and 2017, and was ranked the best college radio station in the nation by the Princeton Review for 2015 and 2016.