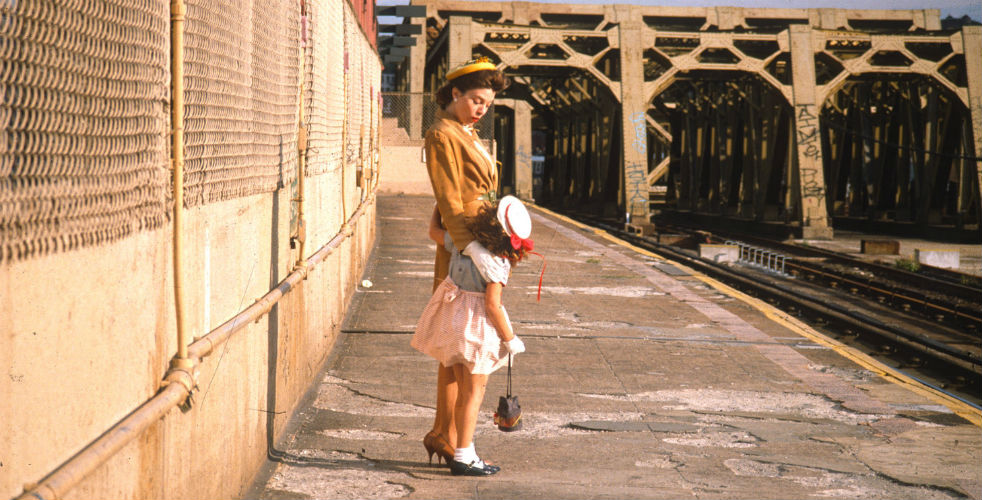 In Brooklyn Roses, Professor Noschese blends documentary and fiction to re-examine her childhood and her mother’s feminist struggles in 1950s and ’60s working class Brooklyn.

The film was shot in her childhood home, where she earlier made a dramatic film about her mother called June Roses.  When her mother dies, Noschese returns to the house, and in sorting through her mother’s belongings and props from the earlier movie, she realizes that her perceptions have changed and the characterizations of her mother in June Roses was incomplete. Noschese recorded new documentary footage to create Brooklyn Roses, and in the process, she says, she deconstructs the earlier account, raising questions about narrative and documentary storytelling and their capacity to convey truth.

The film had its world premiere at the inaugural Fic Autor festival, which honors films that go beyond traditional storytelling and demonstrate strong creative vision.

Brooklyn Roses will be screened on campus on Tuesday, Feb. 27, 7 pm, in Breslin 211, South Campus, as part of the Italian American Experience Lecture Series.

Professor Noschese is the director of the documentary Metropolitan Avenue, which was broadcast nationally on PBS, received the prestigious John Grierson Award for best documentary, and was nominated for a national Emmy Award for best director. Her other films include Keep on Steppin’, which won best short at the Newberry Port Documentary Festival and was selected for screening at festivals in the U.S. and abroad. June Roses premiered at the Museum of Modern Art and was screened at festivals nationwide. She also co-directed Women of Northside Fight Back, a film about working class women fighting the destruction of their homes to make way for a factory, which premiered at the landmark 1975 NYC Women’s Video Festival. Professor Noschese is also co-founder and former director of the National Congress of Neighborhood Women, which supports grassroots women’s empowerment and neighborhood revitalization.

In the Department of Radio, Television, Film, Professor Noschese teaches courses on screenwriting and directing for the screen.