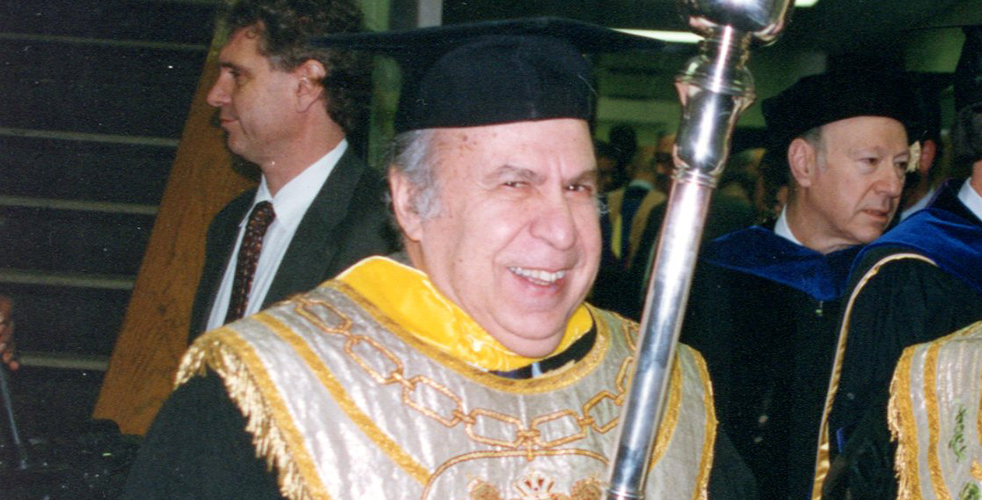 The Hofstra community is saddened by the recent passing of Professor Emeritus of Mathematics Stanley Kertzner.

Dr. Kertzner joined the Hofstra faculty in 1965 and retired in fall 1994, but he remained active on campus in the Math Department and in the organization HARP – Hofstra Association of Retired Professors. Professor Kertzner taught a wide variety of courses during his tenure and was praised as being equally proficient and attentive at teaching advanced number theory as he was at teaching introductory courses for students who needed to fulfill their core requirements.

Professor Emeritus Harold Hastings, in his recommendation that Dr. Kertzner be named Professor Emeritus, wrote, “Professor Kertzner was responsible for significantly upgrading the content of the department’s upper level algebra course from “an old style ‘theory of equations’ course into a serious, well taught course demonstrating the power and beauty of mathematical abstraction. … He has set a standard of integrity, of moral commitment and of steadfast dedication to the life of the University that has enriched us all, both professionally and personally.”

Daniel Seabold, associate professor and chairperson of mathematics, said, “There are two things that faculty remembering Stan spoke of consistently. First, his dedication to teaching. He was the founder of a monthly faculty seminar called Teaching Math at Hofstra [TMAH]. The seminar lasted for many years. Second, he and his wife Doris, who lived within walking distance of campus, often hosted parties that helped bind the department together.”