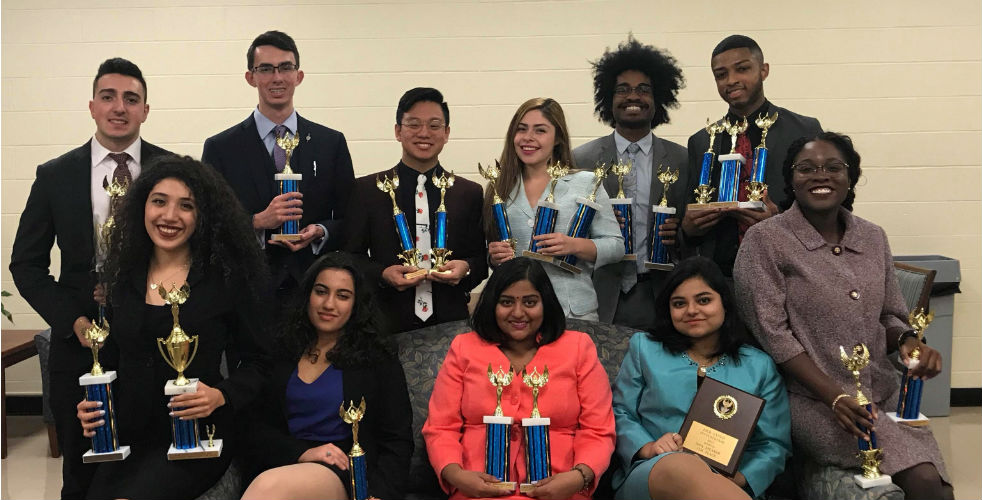 The Hofstra University Forensics Team will co-host the national Off-Broadway Swing tournament this weekend, Dec. 2-3, the largest collegiate speech and debate competition on the east coast.  The award-winning team will face off against competitors from more than 15 colleges and universities.

“We are always excited to bring students from all over the country together to help amplify their voices as they advocate for issues and ideas that matter to them,” said Tomeka Robinson, PhD, director of forensics and associate professor in the Department of Writing Studies & Rhetoric.  This is the second year in a row that Hofstra has hosted the tournament, along with Nassau Community College.

Teams from schools including Boise State University, Florida State University, and Tennessee State University will participate in two days of competitions in categories such as limited preparation, oral interpretation, public address, impromptu, and debate. The events will be held Saturday at Nassau Community College in the CCB Building and on Sunday in Hofstra’s Breslin Hall, South Campus, and are free and open to the public.

The name of the tournament, Off-Broadway Swing, is a reference to Hofstra’s proximity to New York City, says Dr. Robinson.  The prompts for the impromptu speaking events are also taken from Broadway shows.

The Hofstra Speech and Debate Team launched in September 2014, and has since won more than 380 team and individual awards, including state and national titles. This season alone, the team has won 55 individual awards, nine team awards, and placed either first or second in five out of six tournaments.