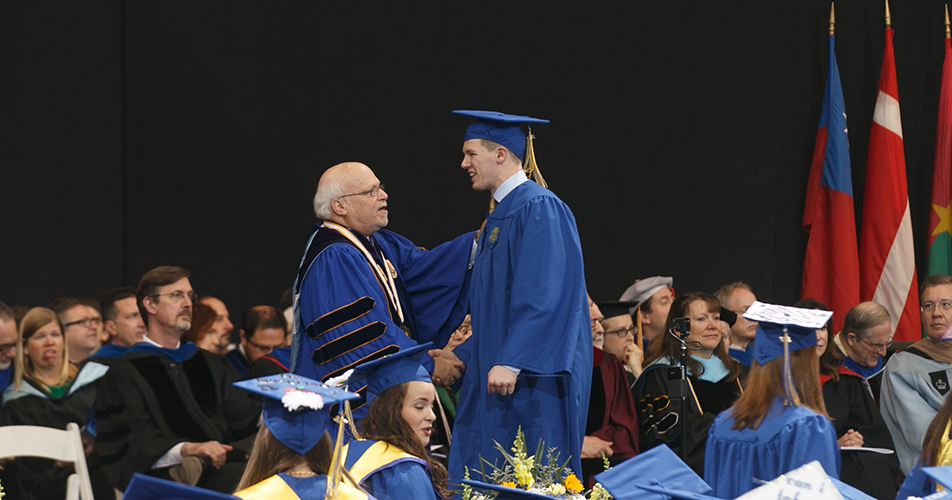 The Hofstra University student-athletes continue to be a beacon of success in the classroom as in the latest Graduation Success Rate (GSR) report released by the NCAA, it was reported that 93% of student-athletes that entered Hofstra as freshmen in the fall of 2010 went on to graduate.

That total is six percent higher than the national average of 87% and marks Hofstra’s fourth straight year that it has improved and second consecutive year over 90%.

“Our student-athletes are excellent representatives of Hofstra University, their athletic programs and the student body,” commented Hofstra Vice President and Director of Athletics Jeffrey A. Hathaway. “Being a member of an intercollegiate athletics team is a tremendous opportunity and also a challenging one. Our more than 300 student-athletes have taken this challenge and succeeded at the highest levels. We applaud them for their continued success and thank the many constituents on campus that have assisted them along the way.”

Impressively, Hofstra’s GSR in all 17 of its athletic programs was higher than the national federal rate.

Hofstra’s 93% GSR was the second-highest in the Colonial Athletic Association, only topped by Elon’s 94%.

The graduation success rate was developed as an improved measurement tool for tracking student-athletes’ academic progress leading toward graduation.