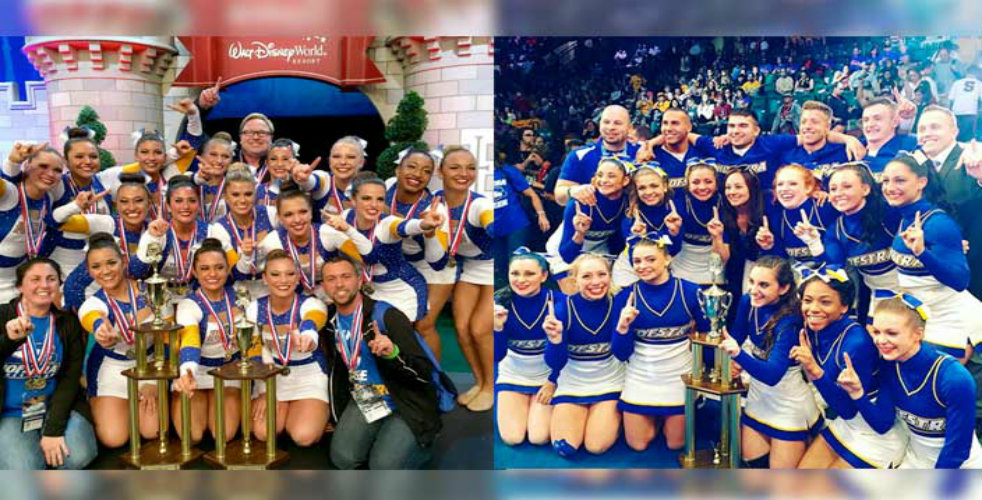 The Hofstra community will wish them luck at send-offs on Sunday, November 5 at 7 p.m. in the Fitness Center on North Campus. Both competition teams were carefully selected and will welcome back alumni to compete with current students on Friday, November 11 in Cali, Colombia.

“It’s an honor to have been asked to represent the U.S. National Team,” said Dance Head Coach Kelly Olsen-Leon. “This is the first time we’re competing this early in the season, so the pressure is on. But I expect we’ll have a solid performance.”

This is the Dance Team’s second time being called upon to represent the United States in Freestyle Pom. In February 2016, they were selected to be the U.S. National Team in the International World Dance Competition in Disney, where they took home the gold.

“It’s an amazing feeling,” said Dance Captain Lauren Grasso. “We have a lot of new members this year, and I’m proud of how hard they’ve worked to represent our school and country.”

This is also Cheer’s second time representing the United States in the Coed Elite Division. In 2011, they won first place at the International Championship in Paris, France.

“We’re excited to be a part of history again,” said Cheer Head Coach Christine Farina. “We hope to make the Hofstra community proud.”

With additional reporting by Ashley Mantrana ’20