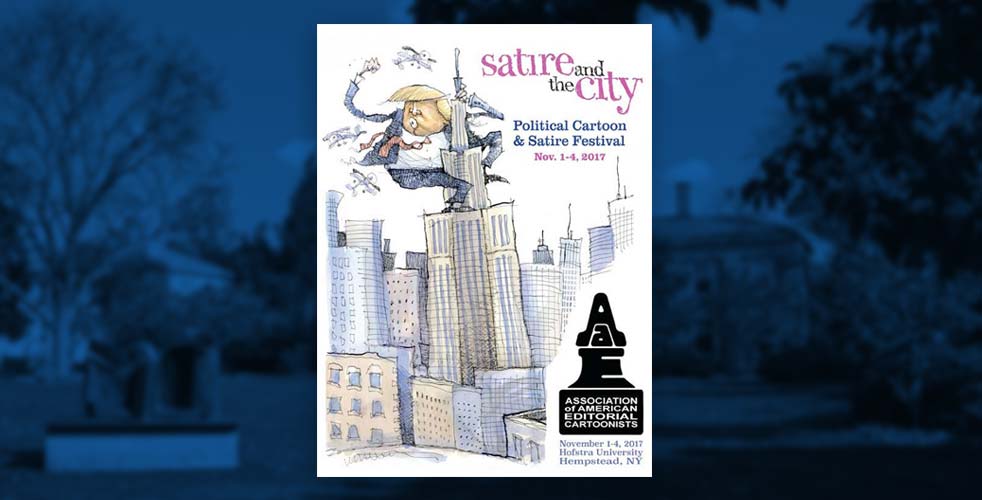 The four-day event will be led by Pulitzer Prize-winning cartoonists Matt Davies of Newsday and AAEC President Ann Telnaes of The Washington Post, and features sessions with noted cartoonists Ed Sorel, a regular contributor to The New Yorker and The Atlantic, Martin Rowson of The Guardian (UK), and Al Jaffe of MAD magazine.

The conference features a schedule of public and private events held on the Hofstra campus in Hempstead, as well as at other locations, including Newsday headquarters and the Cradle of Aviation on Long Island and the Society of Illustrators offices in New York City.

Panel discussions that are free and open to the Hofstra community with presentation of a valid HofstraCard include:

9:30-10:45 am: “The Wicked Art of Caricature” featuring international award-winning cartoonist Kevin “KAL” Kallaugher, at the John Cranford Adams Playhouse.  A panel on international panelists will follow from 11 am-noon.

The full conference schedule and registration fees for members and nonmembers can be found at the AAEC website.