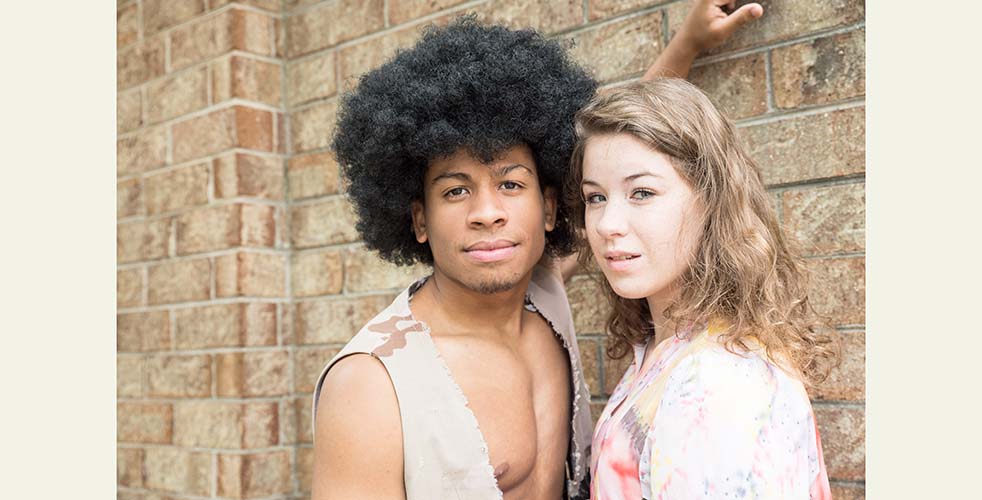 Hofstra University’s Department of Drama and Dance is presenting the rock musical Hair, October 27-November 5. Performances take place at the Toni and Martin Sosnoff Theater at the John Cranford Adams Playhouse. Directed by Professor Cindy Rosenthal, the show features book and lyrics by James Rado and Gerome Ragni and music by Galt MacDermot. 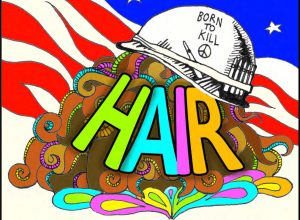 2017 marks the 50th anniversary of Hair, which premiered off-Broadway at the Public Theater on October 17, 1967. Hair was born out of a counter-cultural explosion and anti-Vietnam War and civil rights activism. Crying out for “Love” and “Flowers, Freedom, Happiness,” Hair tries to break down walls and show how the world could be better.

“Just as Hair broke ground in the tumult of the 1960s, preaching revolution, changing our understanding of narrative flow, of the style and range of a musical theater score, of what a Broadway cast would look and sound like, and of what the audience could expect – Hofstra’s tribe of passionate and committed undergrads will break new ground with Hair in Fall 2017,” says Professor Rosenthal. “In the rage and crash of current storms, they will rock you — and the cry to ‘Let the Sunshine In’ is more powerful than ever.”

Tickets are $10, $8 for senior citizens. Members of the Hofstra community receive two free tickets upon presentation of a current HofstraCard. For tickets and information call the Hofstra Box Office at 516-463-6644, or purchase tickets online. If seats are still available on the day of performance, tickets will be sold at the door starting 90 minutes prior to show time at the theater box office window. 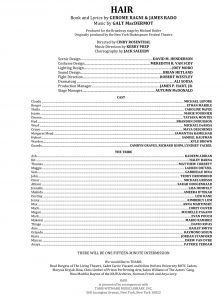