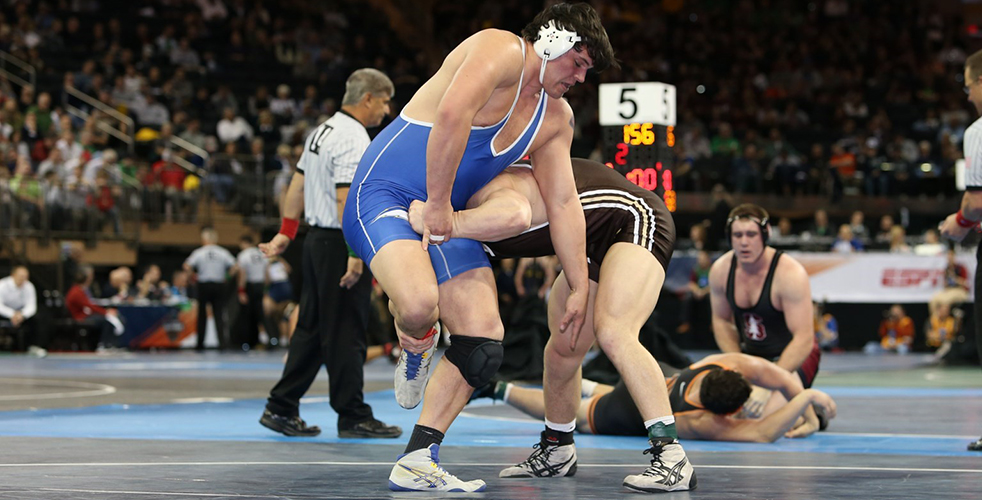 The 14th episode of Pridecast, the official podcast of Hofstra Athletics, is now available.

In 2017-18, Pridecast will feature the Executive Board of the Hofstra University Student-Athlete Advisory Committee. Michael serves as the president of this important group and he is first up this year.

The Student-Athlete Advisory Committee (SAAC) is made up of two representatives from each of our 17 Division I athletic teams. The members are selected annually by their coaches and/or peers to represent their respective team on the committee. Within SAAC, there is an Executive Board that is voted on by all members of the committee at the conclusion of prior academic year. The Executive Board is responsible for setting all meeting agendas, as well as overseeing specific operations of SAAC including the Pride Cup competition, event coordination and community outreach.

The role of SAAC on the campus of Hofstra University as well as within the CAA is to:
Promote communication between athletic staff and student-athletes.
Build a sense of community within the athletic program involving all athletics teams.
Organize community service efforts.
Create a vehicle for student-athlete representation on campus-wide committees.
Promote a positive student-athlete image.
Generate a student-athlete voice within the NCAA structure by recommending NCAA legislation and provide responses to proposed legislation.
Review, react and comment to the governance structure on NCAA activities and other subjects of interest.
Participate in the administrative process of athletic programs and the NCAA.