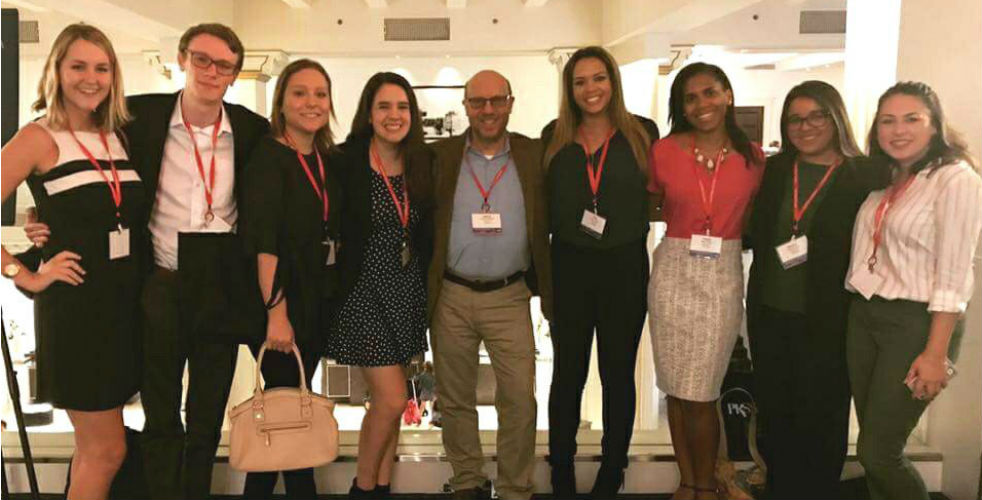 The Hofstra chapter of the Public Relations Student Society of America (PRSSA) was named a star chapter at the 2017 PRSSA national conference in Boston.

Hofstra was one of 47 universities to receive the honor among more than 300 chapters nationwide.  The Star Chapter Award recognizes chapters that meet at least eight of 10 requirements including community service, ethics standards, participation in national or regional conferences, and outreach, both on and off campus.

“PRSSA gives Hofstra students the tools that are necessary to be successful in the public relations industry,” said Tara Conklin’18, Hofstra PRSSA president and a PR major/computer science minor. “Our executive board works hard all year long to provide new opportunities, workshops, and events that will help our members grow in their careers. Having been a member of Hofstra’s PRSSA my entire college career, I am proud and honored to be a leader of this organization that is now nationally recognized for its efforts.”

For the third time in seven years, Hofstra’s PRSSA was selected to host one of nine PRSSA regional conferences next year on campus from April 20-21.  It last hosted conferences in 2012 and 2016, each drawing about 120 attendees from PRSSA’s Northeast region.

“Word is out in the public relations community that Hofstra’s PRSSA chapter grooms future practitioners for internships and jobs,” said Jeff Morosoff, public relations professor at the Lawrence Herbert School of Communication and the organization’s faculty advisor.  “We hear from agencies, corporations and other employers when they’re looking for PR talent, because they know the Hofstra PRSSA’s leaders and members are smart, eager and prepared.”

This year, eight public relations students comprised of seven undergraduates and a graduate student participated in the national conference from Oct. 6-10, the largest group of attendees ever from Hofstra.  More than 1,000 students from universities and colleges in the U.S. attend the annual event.

The PRSSA is the student arm of the professional Public Relations Society of America, and together they have more than 30,000 members nationwide.