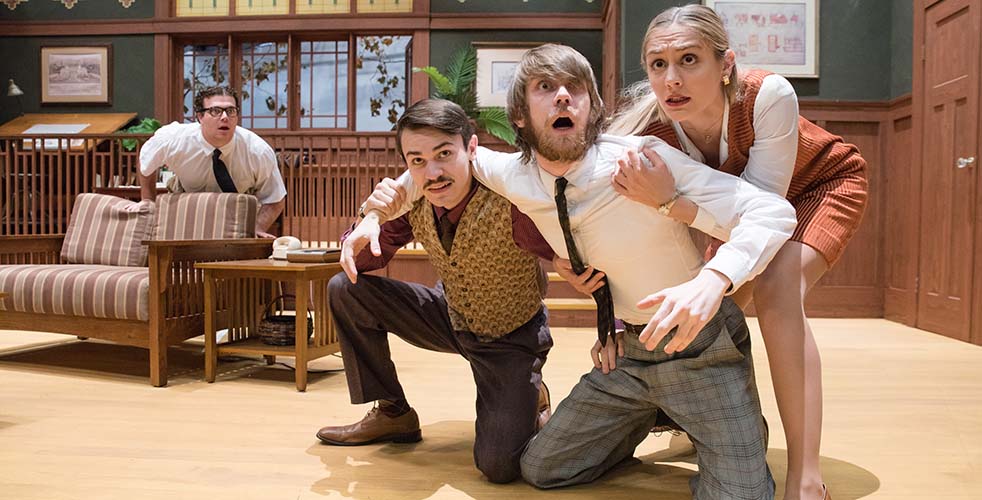 Hofstra University’s Department of Drama and Dance presents Larry Shue’s comedy The Nerd, October 6-15, 2017. The play centers on the hilarious dilemma of a young architect who is visited by a man he’s never met but who saved his life in Vietnam. The visitor turns out to be an incredibly inept, hopelessly clueless “nerd” who outstays his welcome with a vengeance. First presented by the Milwaukee Repertory Theatre, The Nerd was later produced in Great Britain where it became the top grossing play in London’s West End in 1986. It then went on to a Broadway run from 1987-1988.

Tickets are $10, $8 for senior citizens. Members of the Hofstra community receive one free ticket with a current HofstraCard. For tickets and more information call the Hofstra Box Office at 516-463-6644 or purchase tickets online. If seats are still available on the day of performance, tickets will be sold at the door starting 90 minutes prior to show time at the theater box office window.

Get Ahead This January
Geography Receives Nat’l Accolades