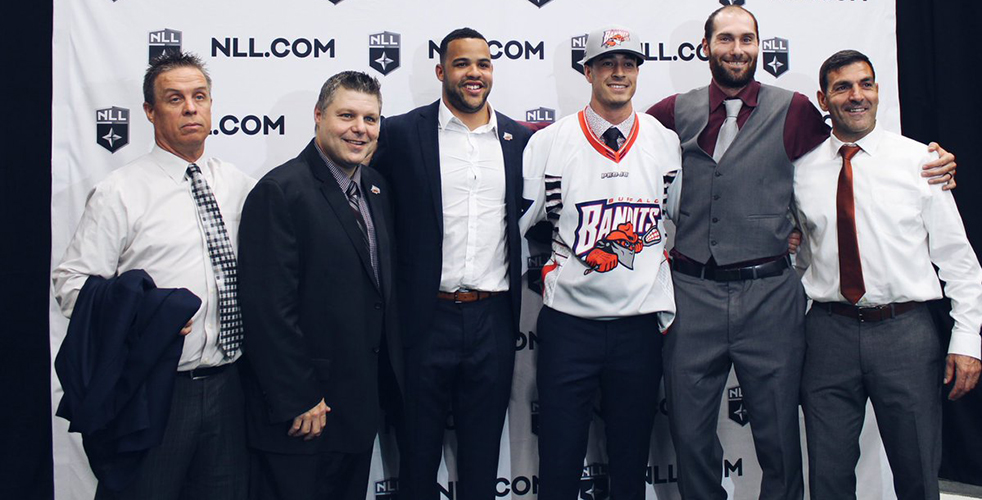 Byrne, who was selected by Chesapeake with the 19th pick overall in the 2017 MLL Collegiate Draft, tallied a MLL rookie record of 39 goals and added seven assists in just nine games during the 2017 season. He shattered the former rookie record of 34 goals set by Kieran McArdle of the Florida Launch in 12 games in 2014. Byrne led the MLL in goals and finished the year tied for 10th in points with 46 in 2017.

Byrne also earned All-CAA first team accolades for the second consecutive season after leading the Hofstra Pride and the CAA in goals (41), assists (25) and points (66) while playing in all 14 games. Hofstra finished the season with an 11-3 record and ranked 16th in the country. Nationally, he ranked seventh in goals per game, 11th in points per game and 21st in assists per game.

As a junior in 2016, Byrne started all 15 games on attack. He recorded team-highs of 30 goals, 15 assists and 45 points and ranked second in the CAA in points and third in goals and assists on the way to All-CAA first team honors.

Prior to coming to Hofstra, Byrne was selected the 2015 NJCAA Attackman of the Year and a National Junior College Athletic Association (NJCAA) All-American after recording 76 goals and 30 assists in 12 games at Nassau Community College.

Byrne, who is the Pride’s first-ever number one pick in any sport, will be the second Hofstra graduate on a NLL team roster in 2017-18 as Adrian Sorichetti is entering his third season with the Saskatchewan Rush and his fifth season overall in the NLL. The 2017-18 NLL season begins on December 8.