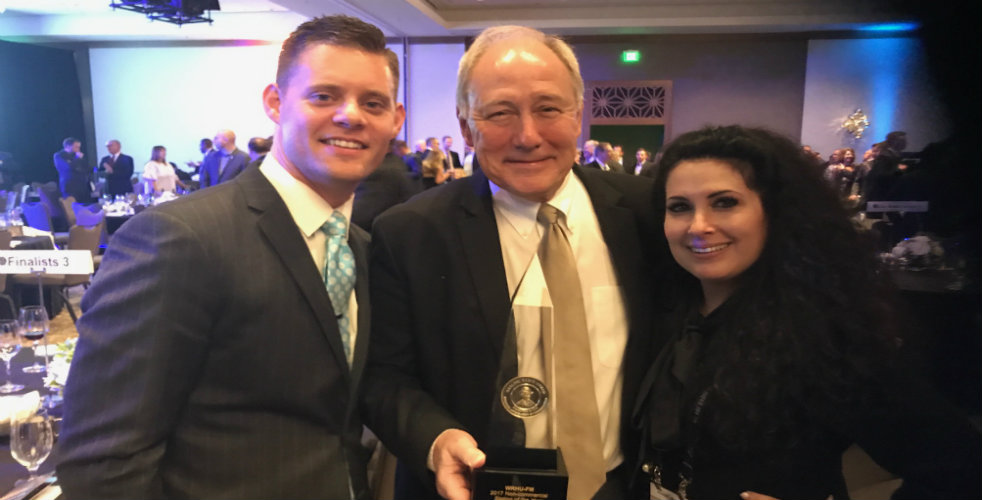 WRHU 88.7 FM Radio Hofstra University has won the National Association of Broadcasters’ 2017 Marconi Award as the non-commercial radio station of the year, the second time the student-run station has won the prestigious honor in four years.

“We are dedicated to doing radio right,” said General Manager Bruce Avery, in accepting the honor during an awards ceremony in Austin, Texas on Thursday, September 7.  He noted that thousands of students, including 284 current staffers, had worked at the station since its inception in 1959.

WRHU earlier won the Marconi in 2014, the first year that non-commercial radio stations were recognized.  It was named a finalist last year as well.

“Our student broadcasters work incredibly hard to produce a wide variety of programming,” said Maria Santana ’18, WRHU station manager and a television production and studies major from Freehold, New Jersey.  “We are incredibly honored to earn a Marconi from the National Association of Broadcasters. They are the people we look up to!”

With studios in the Lawrence Herbert School of Communication, WRHU was ranked the best college radio station in the nation by the Princeton Review for 2015 and 2016.  Its students have won many top honors from media organizations including the New York State Associated Press Association, Alliance for Women in Media, Press Club of Long Island, the Society of Professional Journalists, and New York Women in Communications.