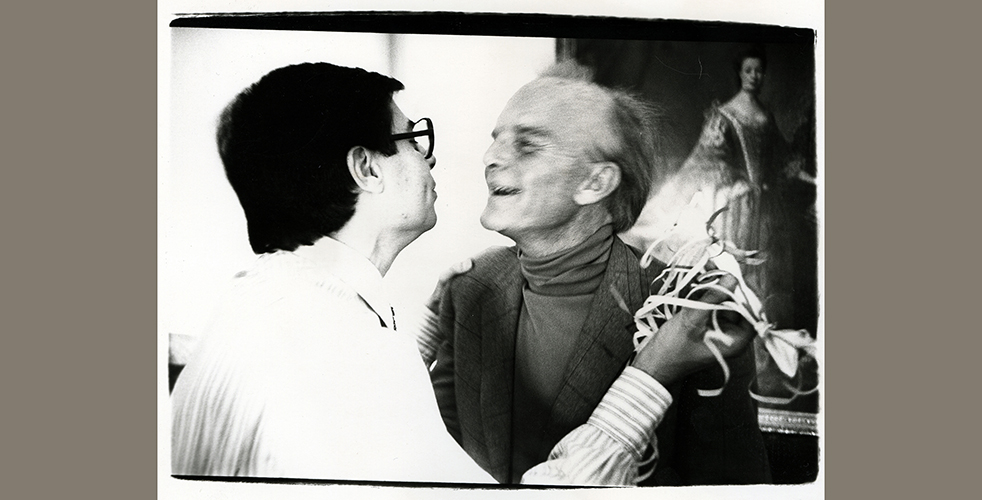 A selection of screenprints and photographs by 20th century pop star and art celebrity Andy Warhol will be on display at Hofstra University Museum’s David Filderman Gallery  through March 11, 2018. This original exhibition features work from the Museum’s permanent collection. By juxtaposing his photographs with his screenprints, the exhibition provides a view into Warhol’s working methods and artistic process.

As a participant in the Andy Warhol Photographic Legacy Program since 2008, the Museum received donations of 153 photographs (Polaroids and gelatin silver prints) and nine screenprints from The Andy Warhol Foundation for the Visual Arts Inc. The Legacy Program, launched in 2007, donated a curated selection of original Polaroid photographs and gelatin silver prints by Andy Warhol to a select group of educational institutions across the United States.

“The images in Andy Warhol represent an artist whose work transcends the everyday and asks that we pause and question originality, fame, and purpose,” said Museum Director Nancy Richner.

An opening reception that is free and open to the public will take place on Thursday, October 5, from 4-6 p.m. at the David Filderman Gallery.  Susannah Ray, Hofstra Associate Professor of Fine Arts, Design, Art History, will be the featured host and guest speaker.

Additional specialized programming planned in conjunction with the exhibition includes:

In addition to his works of fine art, Warhol was also a filmmaker. Between 1963 and 1968, Warhol produced nearly 650 films, which are among the most significant works in his career. This program will look at a few of Warhol’s films that have been highly regarded for surpassing the boundaries of conventional cinema. Q&A session to follow.  Introduction by Isabelle Freda, PhD, Assistant Professor, Department of Radio, Television, Film, Herbert School of Communication, Hofstra University.  This program is offered in conjunction with the Department of Radio, Television, Film, Hofstra University.

Free and open to the public.

For more information about this exhibit and associated public programs please call (516) 463-5672 or visit the Hofstra University Museum website.

Sinkholes, Baseball and Sexy Physics
Ready to be an Entrepreneur?