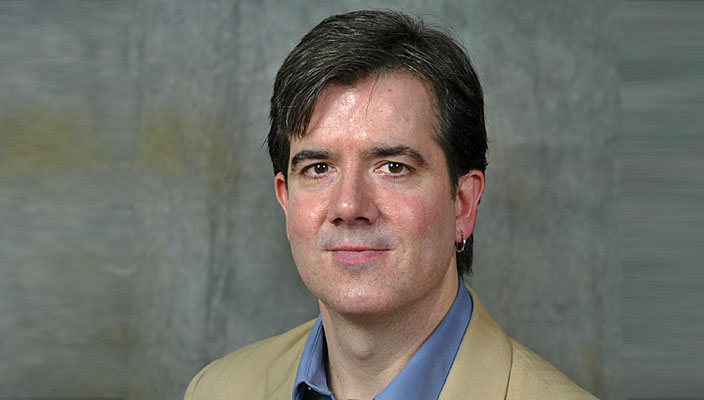 The Hofstra community is saddened by the passing of Gregory Maney, PhD, the University’s Harry H. Wachtel Distinguished Professor for the Study of Nonviolent Social Change. He was a professor of sociology and director for active citizenship and off-campus partnerships at the Center for Civic Engagement. Professor Maney passed away on September 2, 2017, after a long battle with brain cancer. He had served on the Hofstra faculty since 2001.

“Greg Maney was a true artist, one who worked with hands, head, and heart to sculpt and bring life to each community he created or touched.  He was a model of the scholar/teacher/activist who taught critical thought, nonviolence and caring in all aspects of life,” said Dr. Linda Longmire, Professor of Global Studies and Geography. “He knew how to speak truth to power, but he also knew how to empower the truth in each person.  He was passionately, tirelessly committed to social justice and human rights, both in and for each person and in each institution. Though he is no longer with us, he will now dwell everywhere and always within the hearts of those who knew and loved him.”

The work of Dr. Maney far transcended the boundaries of the Hofstra campus. His advocacy and research for peace led to collaborations with the LifeWay Network to conduct a study of human trafficking in the New York metropolitan area; the Long Island Alliance for Peaceful Alternatives on creating local peace institutions; the Long Island Immigrant Alliance, on preventing and responding to hate crimes; and the Workplace Project on the human rights issues for day laborers.

He served on the boards of the Central American Refugee Center and the Long Island Immigrant Alliance. He also was a member of the Social Services Committee of the Irish American Society of Nassau, Suffolk and Queens, and the Irish (Easter Rising) Monument Committee of Nassau County.

He was a co-founder of the Greater Uniondale Area Action Coalition, which advocated for residents through the foreclosure crisis and community development issues. Dr. Maney’s work with the Coalition resulted in his being named to Long Island Press’ 13th annual Power List in 2015, which highlights the region’s 50 most influential people.

Dr. Maney held a number of academic leadership positions, including chair of the peace, war and social conflict section of the American Sociological Association. He had been the recipient or co-recipient of research grants from several foundations, including the American Association of Colleges & Universities, the American Sociological Association, the National Science Foundation, the Sociological Initiatives Foundation and the United Station Institute of Peace. The findings of his research appeared in leading peer-reviewed journals and books published by academic presses.

In 2015 Dr. Maney was installed as Hofstra’s second Harry H. Wachtel Distinguished Teaching Professor for the Study of Nonviolent Social Change. The professorship is named for the Long Island corporate lawyer who for many years acted as a confidant and legal counsel to Dr. Martin Luther King Jr.

In 2009 he and Maureen Murphy, Professor Emerita of Teaching, Learning and Technology, launched an Irish Studies program that has given Hofstra students a unique opportunity to delve into Ireland’s past through various in-depth subjects such as history and politics, the Irish diaspora and its culture and social relations. The program added a minor in Irish studies to Hofstra’s academic offerings and also developed a film series, a lecture series and community partnerships.

Long Island Wins, a nonprofit communications organization that focuses on immigration issues, ran an article about Dr. Maney in 2013 titled “Local Heroes.” In the piece, Dr. Maney explained what drew him to the field of sociology:

“’… more than any other discipline, sociologists point out when society falls short of its aspirations, why this is the case and what can be done about it.’ As a teenager growing up in Tulsa, Oklahoma, he saw the unequal treatment of blacks and Latinos in his own community and he wanted to understand it and change it. His mother encouraged him to think beyond the inequities he was presented with. He also began reading about the conflict in Northern Ireland, and he realized that people who looked like him could also be considered minorities and discriminated against. ‘I wanted to understand systems of oppression,’ he says. ‘We need a common framework to understand this, and that framework is international human rights,’ he concluded.”

Dr. Maney is survived by his wife, Mary Coyle, son Enzo, his parents Betty and John, and a brother, George. Funeral services are private. However, there will be an on-campus memorial and reception that is open to the community on Monday, October 23, from 3-6 p.m. It will take place at The Helene Fortunoff Theater and the Lowenfeld Conference and Exhibition Center on the 10th Floor of the Axinn Library. More details will be announced on the Hofstra website.

In Dr. Maney’s memory, Hofstra University flags will be flown at half-staff.  Read the Newsday obituary.

Please leave your memories of Professor Maney in the comments section below.