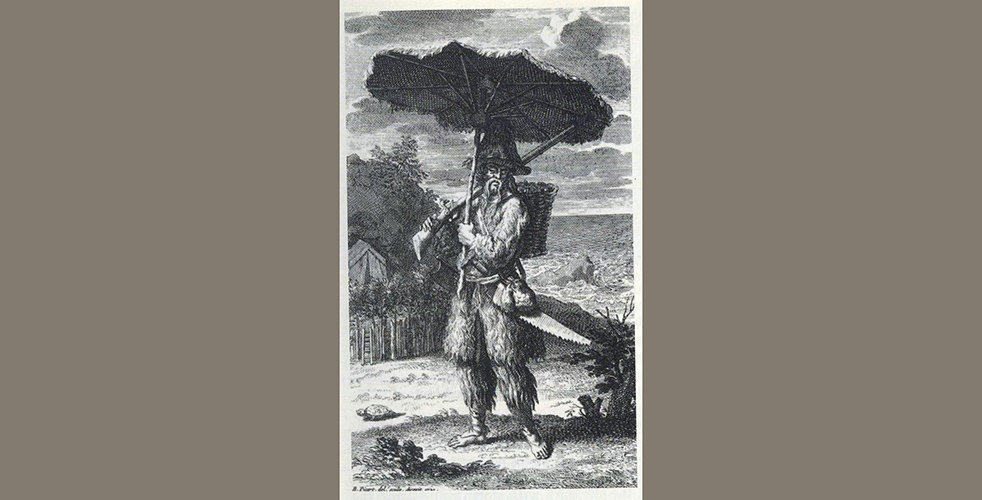 Excerpts from an interview with Associate Professor of English Irene Fizer were featured on the podcast Pessimists Archive. The podcast referred extensively to Dr. Fizer’s article “The Fur Parasol:  Masculine Dress, Prosthetic Skins, and the Making of the English Umbrella in Robinson Crusoe,” published in  Eighteenth-Century Thing Theory in a Global Context (Ashgate, 2014).  In the 1750s, a London man took to the streets holding an umbrella—and braved jeers, rock-throwing haters, and even a cab that tried to run him over. The podcast explores why rainy England was once anti-umbrella. The Pessimists Archive has a listening audience of approximately 10,000.