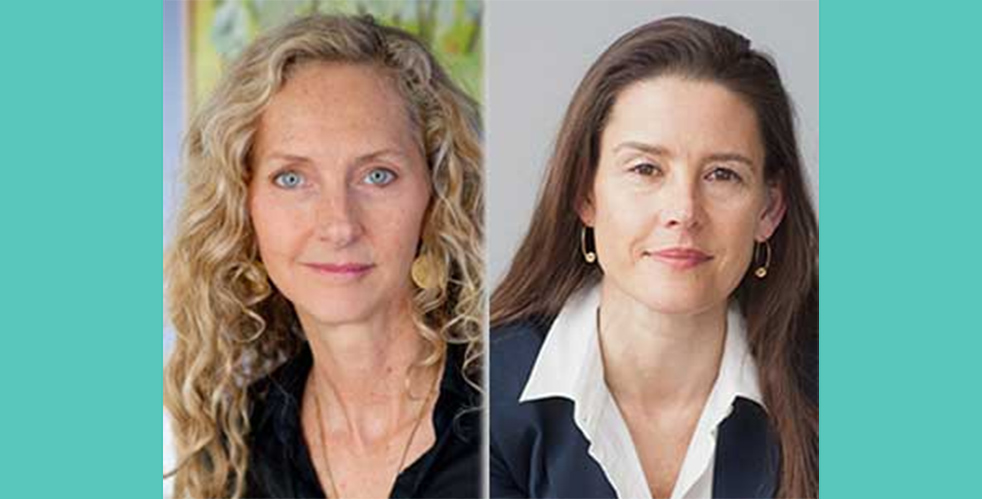 Hofstra’s annual Great Writers, Great Readings Series begins its 2017-2018 season by welcoming author Lily King and her editor Elisabeth Schmitz for an enlightening reading and conversation about the publishing industry on Wednesday, September 27, at 6:30 p.m.

Great Writers, Great Readings, now in its 14th year, brings notable authors to campus to meet with creative writing students for a short workshop and question/answer session. The authors also conduct a reading and book signing that is open to the public. Sometimes the authors use this forum as an opportunity to introduce new, unpublished works.

Lily King, in conversation with Grove Atlantic’s Elisabeth Schmitz • WEDNESDAY, SEPTEMBER 27, AT 6:30 P.M. Location is the Guthart Theater, first floor, Axinn Library, South Campus.
Lily King’s latest novel, Euphoria, won the Kirkus Award for Fiction and the New England Book Award for Fiction and was a finalist in the National Book Critics Circle Awards. Her first novel, The Pleasing Hour, won the Barnes & Noble Discover Award and was a New York Times Notable Book and an alternate for the PEN/Hemingway Award. Her second novel, The English Teacher, was a Publishers Weekly Top Ten Book of the Year, a Chicago Tribune Best Book of the Year, and the winner of the Maine Fiction Award. Her third, Father of the Rain, was a New York Times Editors’ Choice.

Elisabeth Schmitz is vice president and editorial director of Grove Atlantic. For more than 25 years, she has edited and published fiction, memoir and narrative nonfiction for Grove, including Euphoria by Lily King, Cold Mountain by Charles Frazier, Peace Like a River by Leif Enger, Man Gone Down by Michael Thomas, An Unnecessary Woman by Rabih Alameddine, Why Be Happy When You Could Be Normal? by Jeanette Winterson, Say Her Name by Francisco Goldman, War Dances by Sherman Alexie, Pacific by Tom Drury, and H Is for Hawk by Helen Macdonald. Schmitz has been a fellow at the Jerusalem International Book Fair and the Sydney Writers’ Festival, and a keynote speaker at the Toronto International Festival of Authors. She is an annual lecturer at the Sewanee Writers’ Conference.

Claudia Rankine • TUESDAY, OCTOBER 24, AT 6:30 P.M. Location is the Helene Fortunoff Theater, Monroe Lecture Center, California Avenue, South Campus.
Claudia Rankine, a recipient of the MacArthur “Genius” Award, is the author of five poetry collections, including Citizen: An American Lyric and Don’t Let Me Be Lonely; two plays; video collaborations; and several anthologies. Rankine won many awards for Citizen, including the PEN Open Book Award and the PEN Literary Award, the NAACP Award, and the National Book Critics Circle Award for Poetry, and she was a finalist for the National Book Award. Citizen holds the distinction of being the only poetry book to be a New York Times bestseller in the nonfiction category. She teaches at Yale University as the Frederick Iseman Professor of Poetry.

John McPhee • WEDNESDAY, NOVEMBER 15, AT 11:15 A.M. Location is the Guthart Theater, first floor, Axinn Library, South Campus.
John McPhee’s writing career began at Time magazine and led to his long association with The New Yorker, where he has been a staff writer since 1965. That same year he published his first book, A Sense of Where You Are, with Farrar, Straus and Giroux. In the years since, he has written nearly 30 books, including Oranges, Coming into the Country, The Control of Nature, The Founding Fish, Uncommon Carriers, and Silk Parachute. Encounters with the Archdruid and The Curve of Binding Energy were
nominated for National Book Awards in the category of science. McPhee received the Award in Literature from the Academy of Arts and Letters in 1977. In 1999 he was awarded the Pulitzer Prize in General Nonfiction for Annals of the Former World.