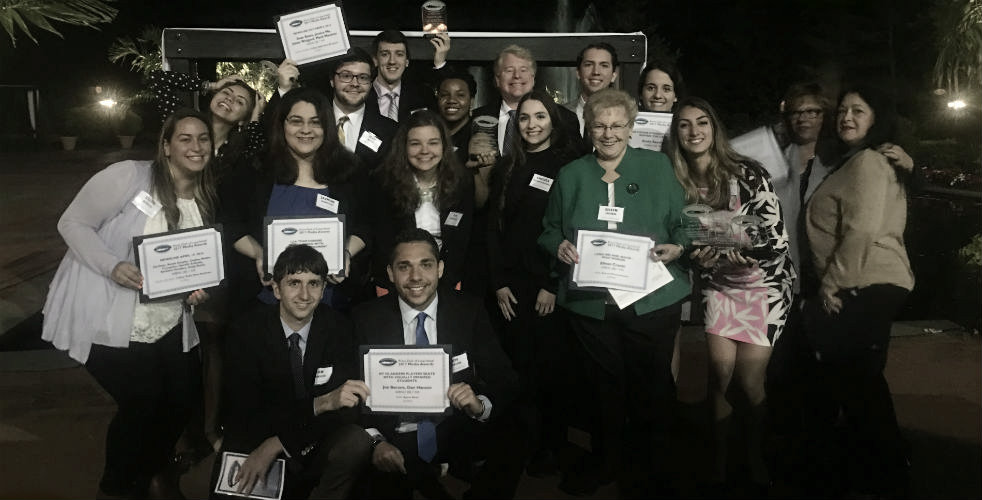 For the second straight year, WRHU-88.7 FM Radio Hofstra University has been named a finalist for the prestigious National Association of Broadcasters’ Marconi Radio Award as the non-commercial radio station of the year. WRHU won the honor in 2014, the first year that non-commercial stations were recognized.

The Marconi Award honors radio stations and on-air personalities for excellence in broadcasting in 20 categories, and the 2017 winners will be announced September 7 during an awards ceremony in Austin, Texas.

In recent weeks, WRHU’s student journalists have won numerous other local, state, and national awards including:

WRHU, with studios in the Lawrence Herbert School of Communication, was ranked the best college radio station in the nation by the Princeton Review for 2015 and 2016.  It has also been the flagship station of the NHL’s New York Islanders since 2010, and is the first and only college radio station to have an exclusive broadcasting agreement with a professional major-league sports team. In 2016, WRHU was named the flagship station of the Brooklyn Nets’ new NBA Development League affiliate, the Long Island Nets, producing and broadcasting its home games at Barclays Center.