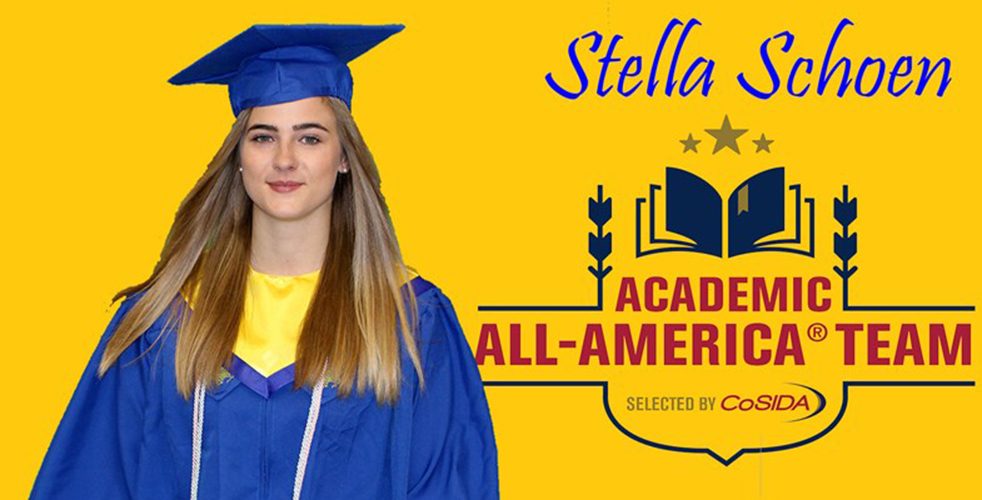 “To be named a CoSIDA Academic All-American one time is memorable, to receive this honor twice is simply remarkable,” Hofstra Vice President and Director of Athletics Jeffrey A. Hathaway said. “We are very proud of Stella and how she continues to represent Hofstra University and our field hockey program. It’s another outstanding achievement by one of our many distinguished scholar-athletes. Congratulations to Stella from her Hofstra Family.”

She was also a four-time Zag Field Hockey/National Field Hockey Coaches Association (NFHCA) Division I Scholar of Distinction, which is presented to student-athletes who have achieved a cumulative GPA of 3.90 or greater.

In 2016, Schoen was second on the team in goals with 14 and points with 34, and tied for second with six assists. She recorded a season-high two goals and five points in games against Colgate, Lafayette and Fairfield and added two goals against Drexel. Schoen placed fourth in the CAA in points, fifth in goals and tied for 11th in assists.

Schoen played 71 games in her career and finished with 120 points, which tied Jamie Knoblick (1994-97) for fourth on the career list, 26 assists, which ranks third, and 47 goals, which ranks seventh all-time on the Hofstra charts.