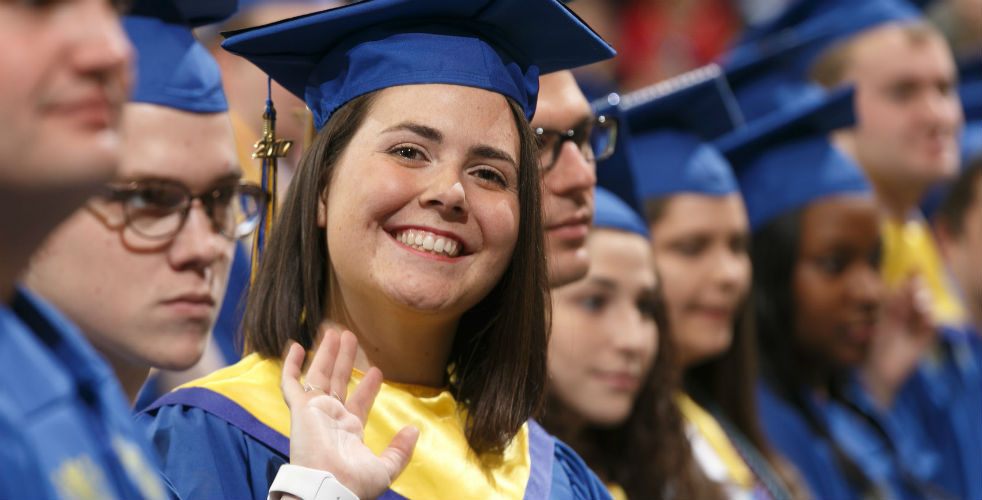 Newsday was on hand to capture the excitement of three commencement ceremonies on Sunday, May 21, 2017, where 1,350 undergraduates and 575 graduate students received their degrees.  Former second lady of the United States Dr. Jill Biden was among the day’s speakers and received an honorary degree from Hofstra.