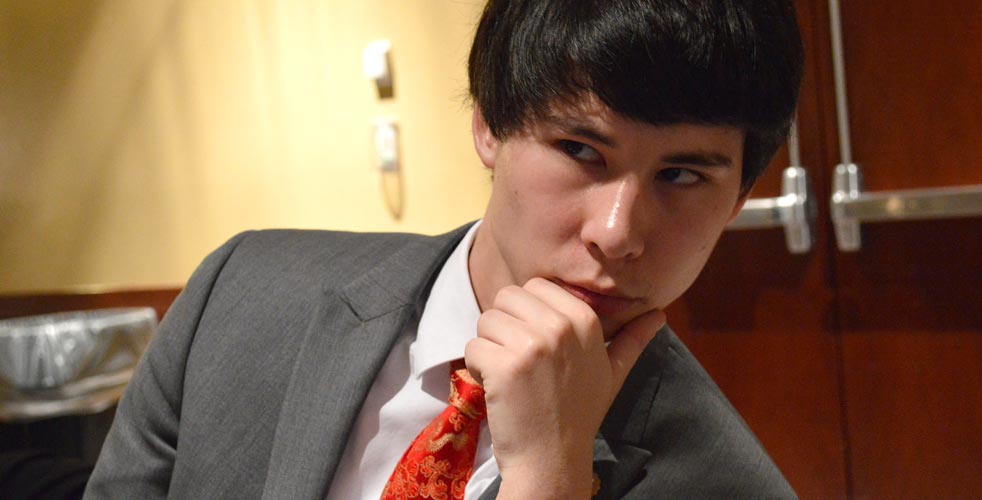 Garrett Shum ’18 has been awarded a U.S. Department of State Critical Language Scholarship to study Japanese in Hikone, Japan, this summer.

“I applied because I didn’t think that I would be able to reach fluency without going to Japan,” said Shum. “Statistically, getting this award is [really tough], so I was amazed to say the least.”

Shum, a member of Hofstra University Honors College, provost scholar and active member of Hofstra Forensics (Speech and Debate team) from Dallastown, PA, is majoring in linguistics and rhetorical studies and minoring in Japanese and philosophy, but “his participation in the Critical Language Scholarship program will make it possible for him to complete a third major in Japanese,” said Dr. Patricia Welch, chair of the Department of Comparative Literature and Languages and professor of Japanese.

The Critical Language Scholarship (CLS) program is part of a U.S. government effort to expand the number of Americans studying and mastering critical foreign languages. CLS scholars gain language and cultural skills that enable them to contribute to U.S. economic competitiveness and national security.

Shum is one of approximately 550 competitively selected American students at U.S. colleges and universities who received a CLS award in 2017. He joins former Hofstra award recipients, including Andrew Garrett who also studied Japanese in Hikone, Japan, in 2016; Steven Hartman, who studied Punjabi in Chandigarh, India, in 2014; Raisa Lardie, who studied Russian in Kazan, Russia, in 2012; and Lisa Young, who studied Turkish in Ankara, Turkey, in 2011 and in Bursa, Turkey, in 2010.

“Critical” languages are those that are less commonly taught in U.S. schools, but are essential for America’s engagement with the world. CLS helps prepare U.S. students for the 21st century’s globalized workforce. CLS scholars serve as citizen ambassadors, representing the diversity of the United States abroad and building lasting relationships with people in their host countries.

“I’ve actually never left the country before, and I honestly have no idea what to expect — I think that’s what I’m the most excited about,” Shum said.

Army Strong
At the Movies