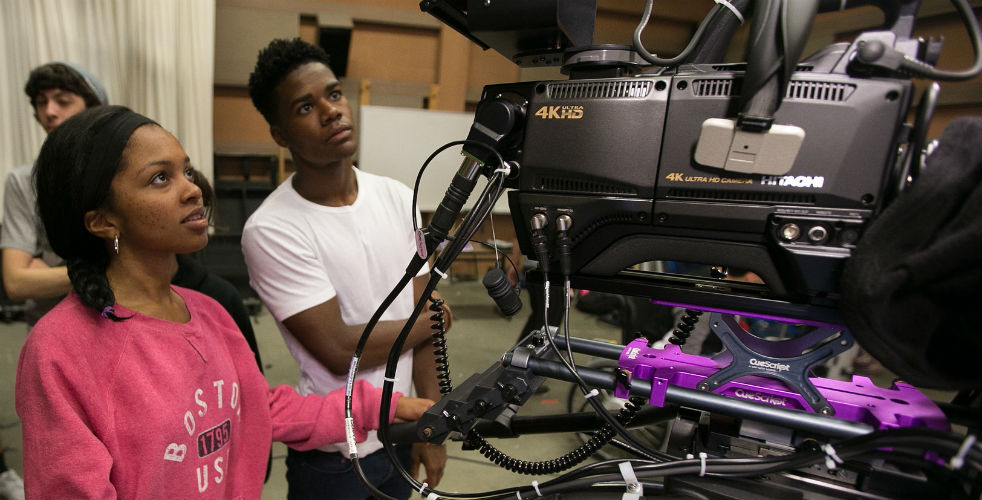 The Lawrence Herbert School of Communication’s Department of Radio, Television, Film will showcase and award prizes for the best undergraduate films of the past year in its annual student film festival on Thursday and Friday, May 18 & 19, at 7 pm in the Student Center Theater.

More than 30 films created, produced and directed by seniors, juniors, and sophomores will be shown over the two nights, highlighting the year’s best work in narrative, experimental, and documentary genres.  The 21st annual festival coincides with the Department of Radio, Television, Film being named to Variety magazine’s 2017 list of “stellar” film programs worldwide – the second year in a row that Hofstra has made Variety’s annual list of top schools for training media and entertainment professionals.

“We have been very proud of the exceptional work of our students for many years, and now that Variety has recognized Hofstra’s film program, we finally have Hollywood’s attention,” said Professor Bill Jennings, coordinator of the film studies and production major.

“This year’s film festival will prove that these students are indeed worthy of the praise,” he added, noting that expanded course offerings include an extensive screenwriting curriculum and new media offerings in 2D and 3D animation, as well as advanced training in visual effects, digital storyboarding and post-production sound.  “These resources are paying off in the quality of our students’ work, and increasingly, the films that win here go on to perform well at national and international festivals.”

Students who will present films include:

Films will be judged by industry veterans Jameson Oyer, digital and video direct marketing manager for film distributor Kino Lorber; Kurt Sensenbrenner, a freelance documentary filmmaker and 2015 MFA graduate of Hofstra whose film, From Mass to the Mountain, is now screening in festivals internationally; and Sam Adelman, an award-winning film editor with more than 30 professional credits including The Legend of Bagger Vance, Pollock, Donnie Brasco, and Desperately Seeking Susan.

Winners of the best senior thesis film will receive a credit with Film Freeway, which will allow them to submit their work to U.S. and international film festivals.  The prize is made possible by donors to the Lawrence Herbert School of Communication Student Experience Fund.

The winners of the intermediate narrative category will receive funding assistance from the Herbert School’s Max Kolb Endowed Memorial Scholarship. 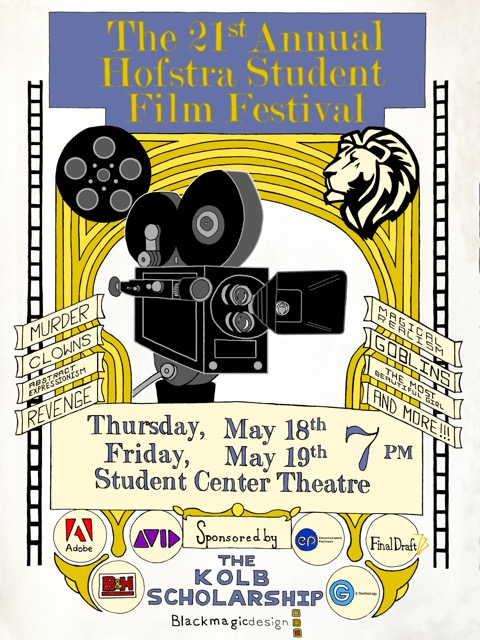