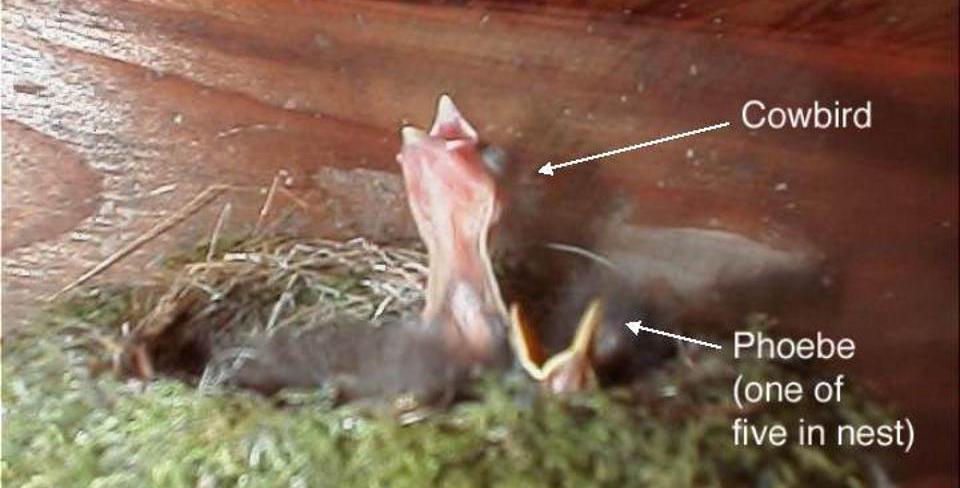 The cowbird makes up 1% of bird species classified as obligate brood parasites, meaning the females lay their eggs in the nest of other female bird species to be raised as one of its own. How the cowbird eventually realizes its true identity is the subject of a new published study of which Dr. Kathleen Lynch, professor of biology at Hofstra is the lead author .

Dr. Lynch and her co-author, Mark Huber, a professor in the psychology department at Hunter College and the Interim Vice Provost for Research at The City University of New York, explain that the cowbird’s identity is unlocked by a vocal password or chatter call that triggers rapid production of an important protein in the brain.

“How does a juvenile bird that is not raised by familial members come to recognize its own species and avoid imprinting on the host species that cared for it from the day it hatched?” writes Dr. Lynch. “Our neural data demonstrates that a non-learned vocalization may serve as a password for species identification in brood parasitic bird. However, if the password is not used to locate conspecific members, the young brood parasite will mis-imprint on its host species. By examining the brain of brood parasites, we reveal novel insights into the neural basis of species recognition in brood parasitic species.”

Coverage of this study was published in Forbes, Phys.org, Audubon, and EurekAlert.