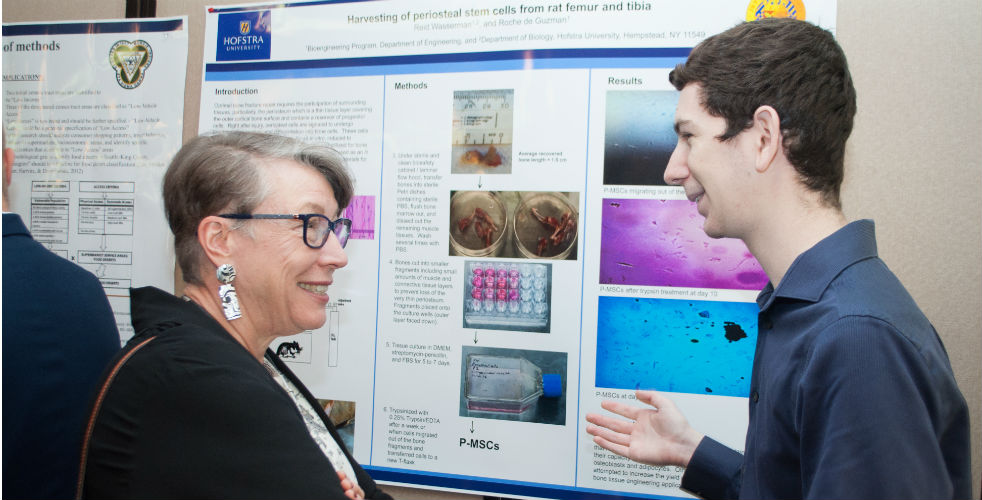 More than 80 students across many disciplines presented their research on topics as diverse as migration policy in the European Union, genome sequencing, crowded New York City subways, cycling and pedestrian infrastructure in Nassau County, food waste awareness – even a women’s studies project on Betty and Veronica from the popular Archie’s comics – at the annual Undergraduate Research Day on Thursday, May 11.

“I’m so excited by the huge turnout this year; this is the largest number of presenters we’ve ever had at Undergraduate Research Day,” said Neil Donahue, PhD, vice provost for undergraduate academic affairs, as he surveyed the crowded Plaza Rooms filled with students sharing their work with peers, professors, and other visitors. “This is the moment that these students can show off the accumulated knowledge and skills that are necessary to do original research.  We can see the level of intelligence and engagement they’ve developed over the last four years, and it endorses what we try to do here on a daily basis as a student-centered university.”

The students’ projects, done with the guidance of faculty mentors, represented the culmination of months of advanced study, preparation, and revision as seniors, in particular, prepare to transition to professional life or graduate school. 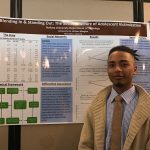 Bernard A. Coles IV, a senior sociology major from Haymarket, Virginia, who studied how social networks affect adolescent victimization. “I really wanted to study power, and that led to studying how social networks are at the root of how people acquire power.” He plans to earn his doctorate and teach at a university in the future. 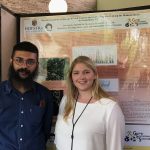 Geology students Scott Lakeram’18 and Daniella Chernoff’18 studied how buildings in upstate Amsterdam, New York were affected by flooding from the Mohawk River, and found that those closer to bridges and dams were most likely to suffer damage. They hope to develop an app that can alert residents to flood warnings.

Jonathan Bass’ study looked at how altering the factors that affect how bacteria grow can yield a better quality of biofuel and, ultimately, ethanol. “We’re not going to be dependent on fossil fuels for the rest of our lives,” he said. “There are new strategies that are being developed every day that are more environmentally friendly and will improve life for us all.”  Bass is a senior pre-med religion major who took a class in his sophomore year with Assistant Professor of Biology Javier Izquierdo and has been working in his lab ever since.  He hopes to purse a medical career in pathology or primary care.

Junior media studies major Chen Qian, an international student from Ningbo, China, studied how Chinese Americans used the popular social media app WeChat to discuss and build community during the 2016 presidential election. She and her research partner, Hanlu Xu’17, also presented their work at the Eastern Communication Association’s 2017 annual conference in Boston.  Their faculty mentor, Jingsi Christina Wu, a professor in the Department of Journalism, Public Relations, Media Studies, also received a faculty research grant to continue her work on this topic as well.

Brett Wargo and Joseph Kleynowski, both community health seniors in the Department of Health Professions, studied local food deserts, or areas without adequate access to healthy foods, using a common method of defining them by geographic distance and access – and found it had a design flaw. “Based on our research, we’re going to recommend that the guideline be broadened to include other important factors such as income level and vehicle access that will give us a more accurate view of the communities in need,” said Kleynowski, who plans to join the doctor of physical therapy program at Stony Brook University after graduation, while Wargo is considering a master’s degree in public health. 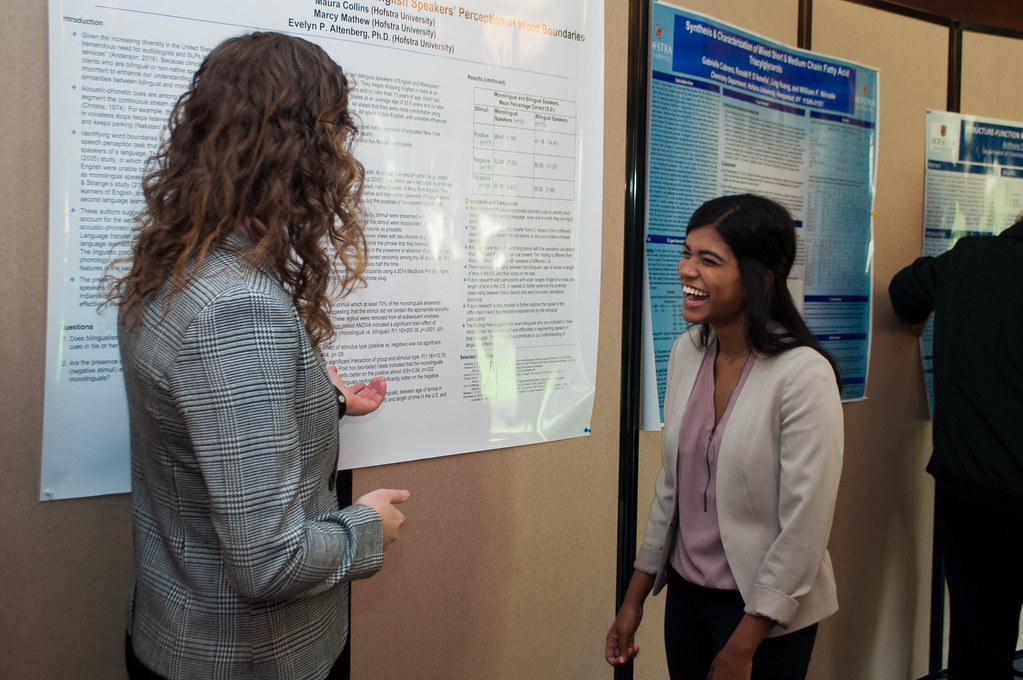