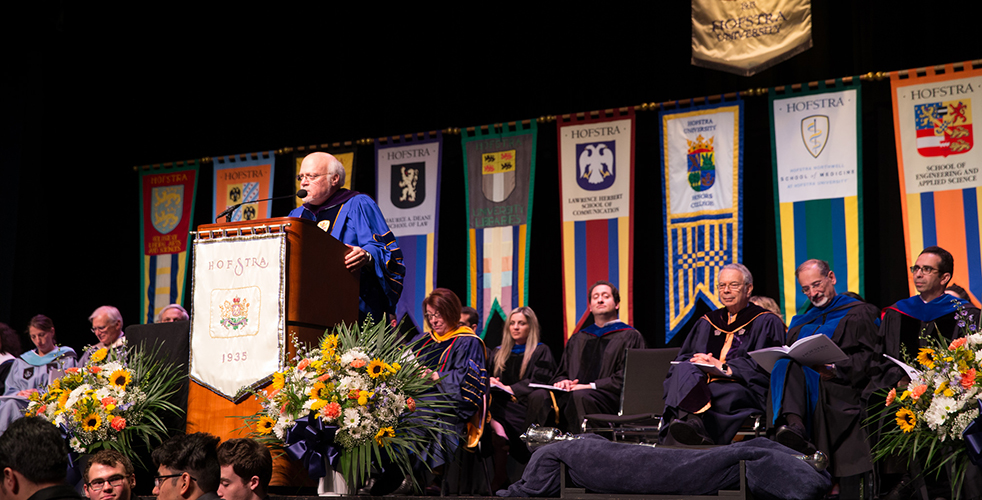 Selected junior faculty who have seen their research published are honored with Hofstra’s Lawrence A. Stessin Prize for Outstanding Scholarly Publication. Provost and Senior Vice President for Academic Affairs Gail Simmons has announced the 2016-2017 recipients:

“Pitch, Tweet or Engagement on the Street:  How to Practice Global Public Relations and Strategic Communication,” Routledge (2016).

“Around 1986:  The Externalization of Cognition and the Emergence of Postprocess Invention,” National Council of Teachers of English, College Composition and Communication (CCC), 67.3 (2016).

Drs. Alaimo, Lotier, and Li will be recognized at the Celebration of Scholarly Excellence on May 19, 2017, at 4 p.m. at the Toni and Martin Sosnoff Theater at the John Cranford Adams Playhouse.

The Lawrence A. Stessin Prize for Outstanding Scholarly Publication was established in the 1984-85 academic year to reward the scholarly efforts of junior faculty. Its namesake, Dr. Stessin, joined the Hofstra faculty as a Professor of Management in 1958 and served continuously until his retirement in 1973. After graduation from the Columbia University School of Journalism he worked at The New York Times and as a columnist and associate editor of Forbes Magazine. Dr. Stessin also published in a wide range of scholarly and academic media.

During his lifetime and as part of his will, Dr. Stessin made substantial contributions to Hofstra University. His contribution to the Endowment Fund, which led to the establishment of the Stessin Prize, came with the expressed wish that the earnings from that gift be used as an incentive and reward for junior faculty who publish the results of their scholarly work.