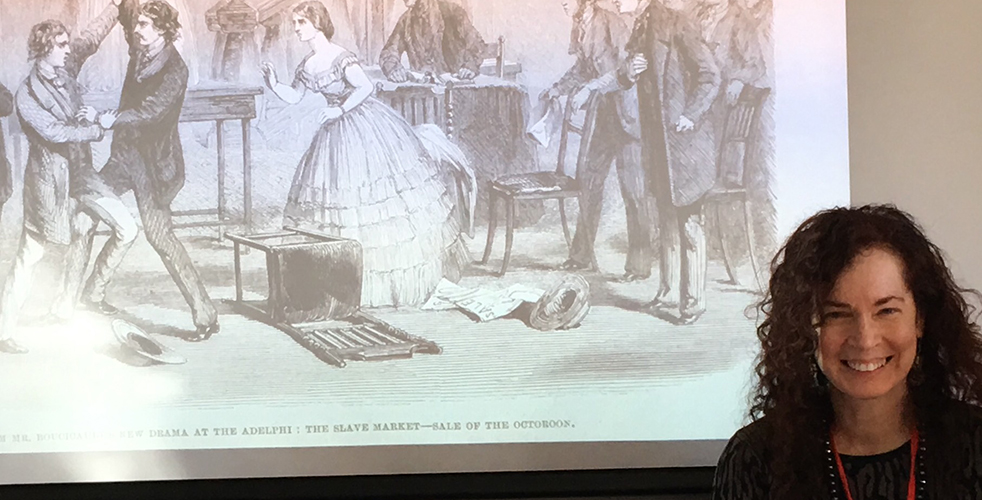 Lisa Merrill, PhD, professor of performance studies in the Department of Rhetoric, and Dr. Theresa Saxon of the University Central Lancashire, presented “Rediscovering The Octoroon: Transatlantic, Transnational and Transcolonial Stages” at the British Association for American Studies Conference at Christchurch University, Canterbury England on April 6, 2017.

Dr. Merrill and Dr. Saxon have also been conducting archival work at the University of Kent on Dion Boucicault’s 19th century antebellum melodrama, “The Octoroon” (a person with one-eighth African ancestry), which they are co-directing as a project for Hofstra’s Digital Research Center.

The British Association for American Studies was founded in 1955 by a group of British University teachers to promote the study of the United States within universities, colleges and schools of the United Kingdom. Dr. Merrill presents her work regularly at British, European, and International American Studies conferences.