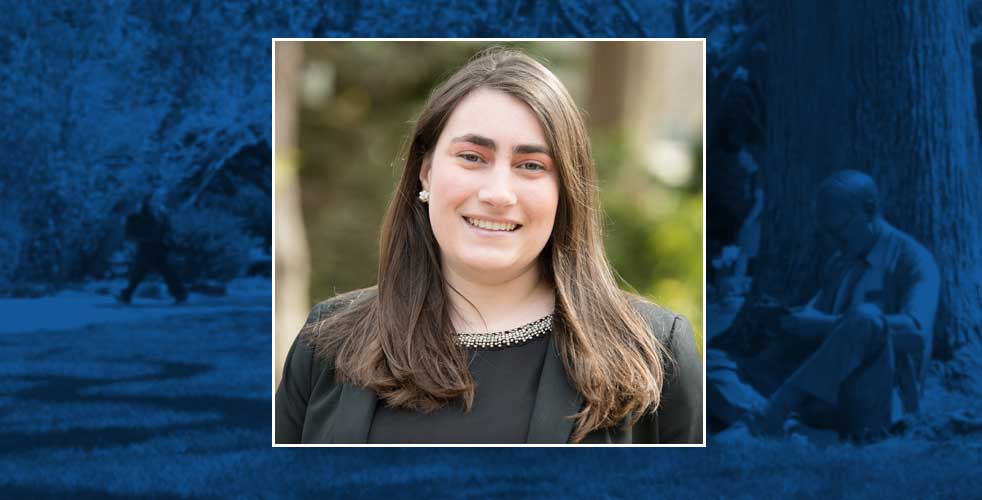 Alison Bonaviso, a junior video/television and business major in the Lawrence Herbert School of Communication, is a recipient of two New York Women in Communications, Inc. (NYWICI) scholarships, which were awarded on the basis of academic excellence, leadership qualities, need, and a demonstrated commitment to the communication industry.

Bonaviso, of New Rochelle, New York, won $10,000 in scholarship money as well as a paid internship with Scholastic in New York City this summer.  She will appear on NBC’s “Today” show on April 24, and will be honored at the NYWICI’s Matrix Awards luncheon in New York City later that day.

At Hofstra, Bonaviso is the co-creator and producer of an original pilot program called “Two Weeks Notice,” a 30-minute late-night style talk show that features comedic monologues, packages, audience games and guest interviews. The show airs on the student-run HEAT Network on campus.   She is also a student aide with Hofstra Media Productions, where she helps shoot and edit promotional videos for the University.

She has worked as a production intern, editing highlight reels and working on scripts and rundowns, for the international social impact division of Sesame Workshop, which creates global co-productions of “Sesame Street” in other countries.  Last summer, she was also a shot selector for NBC during the 2016 Rio Olympic Games.

The NYWICI Foundation is a public charity founded in 2000 that helps women successfully enter the communications industry with financial support, professional guidance, and educational programs.  It is the largest foundation for communications scholarships for women in the tristate area.