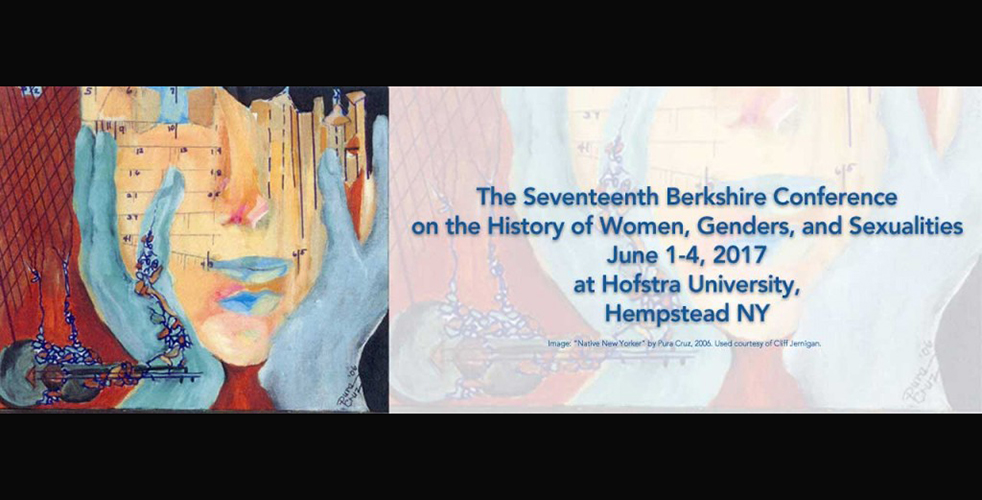 Five months after the historic women’s marches on Washington, NYC and around the world, the 17th Berkshire Conference on the History of Women (the Big Berks) will take place at Hofstra University, June 1-4, 2017. The Berkshire Conference, held every three years, is billed as the world’s largest women’s history event. This year’s theme is Difficult Conversations: Thinking and Talking About Women, Genders, and Sexualities Inside and Outside the Academy.

More than 1,500 guests from 35 countries will take part in over 250 panels on gender and sexuality, as well as women’s history, from the ancient to contemporary – from the East to West. The conference has a reputation for being more informal than most academic events. First held in 1973 at Douglass College, Rutgers University, the Big Berks has always provided an opportunity for scholars and graduate students to share research, experience, and insights.

The 2017 Berkshire Conference is taking place in a climate where women around the globe perceive their rights to be under attack. The program is taking its cue from the January 21st Women’s March which came on the heels of President Donald Trump’s inauguration, during which many anti-women sentiments were brought to light. All over the world, both women and men advocated for legislation and policies regarding women’s rights and human rights.

To a greater extent than ever before, the 2017 Berkshire Conference organizers are involving K-12 teachers, activists, artists, public intellectuals, writers, performers, veterans, and formerly incarcerated people.

The Program – What you can expect: