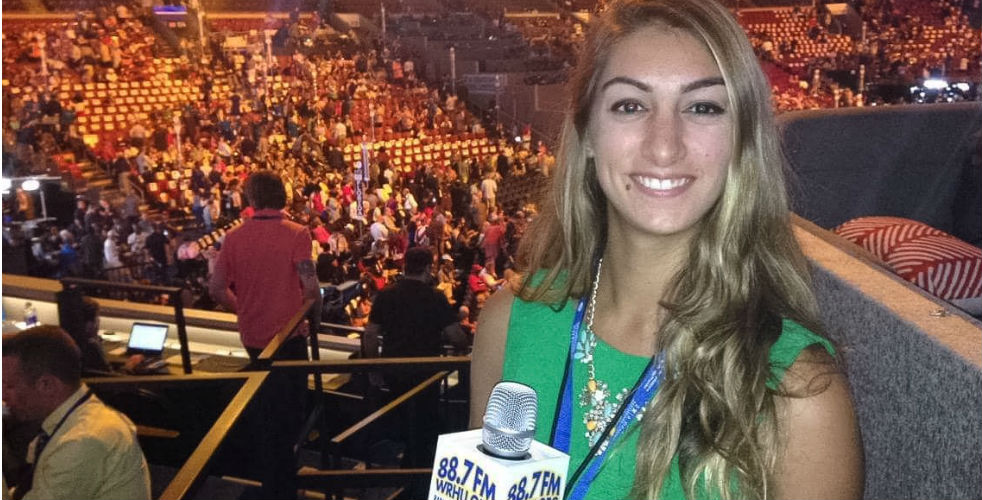 Juliana Spano, senior rhetorical studies major with a concentration in political communication, won three national Gracie Awards for excellence in news programming for her work as a reporter and producer on campus radio station WRHU 88.7 FM.

Spano, the producer and host of WRHU’s “A League of Our Own,” a show about women’s issues, won in three student categories in radio programming against peers from schools across the nation:

“It is an amazing honor for me to win these Gracie Awards and have my name among such inspirational women,” said Spano, of Smithtown, NY. “I have a huge passion for women’s rights and issues important to women, so it means a lot to have my work recognized by an organization dedicated to women in media.”

In addition to her work on “A League of Our Own,” Spano has covered some of nation’s biggest news stories during her time at WRHU, including the inauguration of Donald Trump in Washington, D.C., the first presidential debate between Trump and Hillary Clinton at Hofstra University in September 2016, and the Democratic national convention in Philadelphia last summer.

The Alliance for Women in Media is a nonprofit professional organization working to advance the impact of women in the media industry.  This year marks the organization’s 42nd anniversary of the Gracie Awards. Spano and other student and local honorees will receive their awards at a luncheon on Tuesday, June 27, 2017 at Cipriani in New York City.