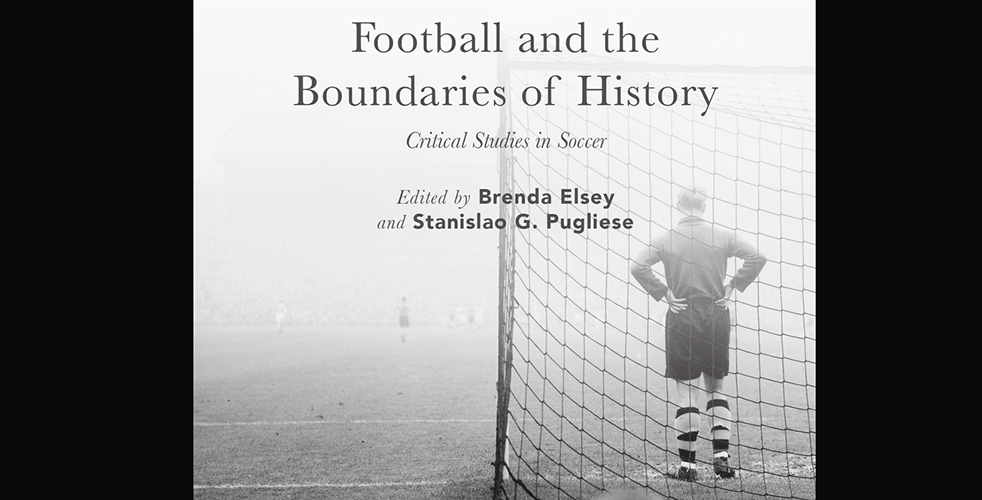 Football, or soccer as it is called in the United States is a global cultural practice, and the study of football’s history provides a unique opportunity to understand the human condition, writes Brenda Elsey, associate professor of history, in the introduction of Football and Boundaries of History. The newly published ebook – soon to be released as a hardcover by Palgrave – is a volume of essays she co-edited with Dr. Stanislao Pugliese, professor of history and Queensboro UNICO Distinguished Professor of Italian and Italian-American Studies. The essays were originally presented at the 2014 Hofstra University conference Soccer as the Beautiful Game: Football’s Artistry, Identity and Politics, an event that drew the participation of scholars, sports experts, journalists, and athletes from all over the world, including Pelé.

Dr. Elsey goes on to write that “The increased scholarly attention to football over the past decade reflects both the startling popularity of the sport and the trends in historical scholarship that have been termed the “cultural,” “interpretive,” or “linguistic” turns.” This volume uses new work on football to create a dialogue between history and others disciplines including art criticism, philosophy, and political science. It also includes work on gender, sexuality, and ethnicity, which already blurs disciplinary fault lines.”

Dr. Elsey’s additional writing credits include Citizens and Sportsmen: Fútbol and Politics in Twentieth Century Chile and the forthcoming Futbolera: Women and Sport in Latin America. In 2015 she covered the Women’s World Cup for Sports Illustrated. Dr. Pugliese is the author of Bitter Spring: A Life of Ignazio Silone and is working on a new book, Dancing on a Volcano in Naples: Scenes from the Siren City.