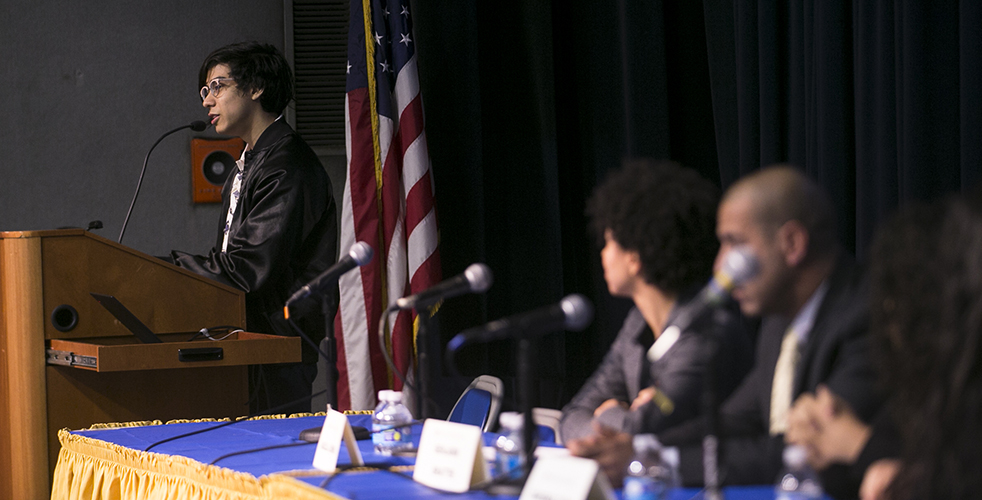 Newsday was on hand to cover Central American Child Migrants in Nassau County. Between 2014-2015 more than 110,000 Central American children who were apprehended for illegally crossing the US border were transferred to the custody of the Office of Refugee Resettlement and resettled in Nassau County. The purpose of this event, sponsored by the Hofstra Cultural Center and the Latin American and Caribbean Studies Program was to help the Hofstra community and the public understand the forces that produced this humanitarian crisis, as well as its legal and social consequences.

The day consisted of a round-table, a participatory discussion and a workshop, organized by Hofstra professors, including Warren Bratter, Valeria Luiselli, Benita Sampedro and Alan Singer. Ian Guzman, a junior sociology and math major who serves as a fellow for the new Hofstra Center for “Race,” Culture and Social Justice, introduced the round-table session.