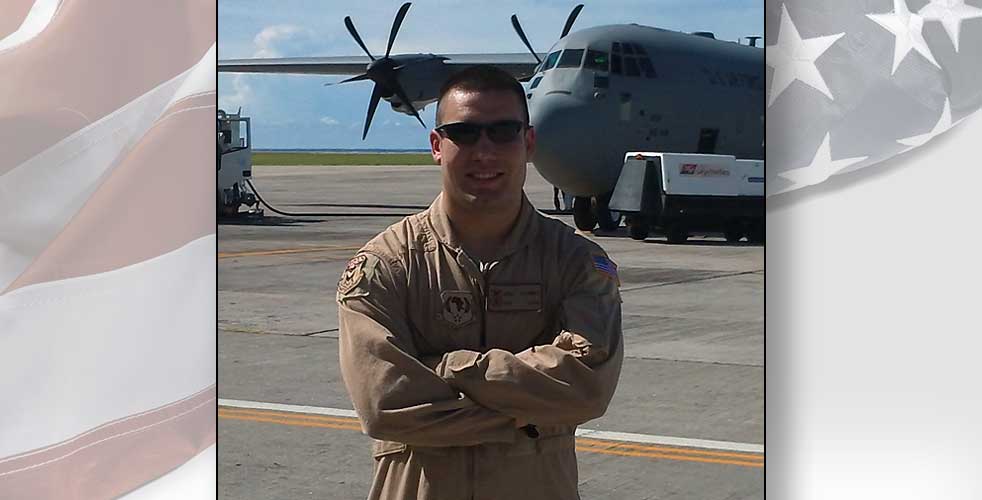 Finance major Eric Schmidt ’17 has tapped into his military experience to build an impressive professional profile and to help fellow veterans transition into the business world.

Serving as a security forces specialist in the U.S. Air Force from 2010 to 2014, he was stationed in Germany and completed many missions in Spain and across Africa. Now at Hofstra, Schmidt continues to garner remarkable global experience. He  will graduate with a BBA in finance from the Frank G. Zarb School of Business and a bachelor’s degree in economics and global finance from Dongbei University in China – part of a dual degree program Hofstra launched in 2016.

“You learn a lot about yourself when you are removed from your comfort zone,” Schmidt said of his military service. “I joined the U.S. Air Force in hopes of contributing towards something larger than myself.”

That desire to help others has carried over into his post-military academic career. He’s completed four internships and wants to share what he’s learned with fellow veterans.

“I found that there is a distinct overlapping of values for what companies are looking for in their employees, and the qualities that prior military personnel gained during their time in service. However, without the right guidance or resources, it is difficult to project these qualities or find a platform to gain exposure to professional opportunities,” Schmidt said.

So he launched the Pride Student Veterans Organization on campus.

“First, we are alleviating the stresses of the transition process by creating a social platform for prior service members to network with each other, and grow as professionals together,” he said “Additionally, we are striving to gain more support from the university and local community to establish more modularity in the effort to gain better resources to put veterans in the best position to succeed.”

After he graduates in May, Schmidt will complete his fifth and final internship – in Dalian, China. As part of the dual-degree program with Dongbei University, students do a six-week summer internship with a multinational company in China. Earning a dual degree from Dongbei “has given me a more global economic perspective,” he said.

Much of what Schmidt has learned about how to succeed was acquired during basic training, which he completed in San Antonio, Texas.

“This was the best lesson in teamwork and leadership I’ve ever received,” Schmidt said. “In this environment, you learn quickly that your individual actions will have a direct impact on the mission, and a heightened awareness on personal accountability is essential.  You’re taught to never apologize for your shortcomings, but rather show that you acknowledge them by taking actionable steps toward correcting them. … This discipline has carried with me into my personal, professional, and academic career, and has built a foundation for the way I live my life.”

After basic training, Schmidt served in Germany from 2011 to 2013. His unit was responsible for conducting law enforcement duties for a military community of 52,000 Americans. He was part of a “fly away security team,” through which he supported seven missions across Africa, including humanitarian efforts, training exercises, personnel transport, and asset security.

Schmidt’s last year of service was at a smaller, remote base in New Mexico, where he had more down time. He completed an associate’s degree at an online university during this time, and then set his sights on Hofstra as his service commitment came to a close.

“The Zarb School of Business stood out to me because of its strong academic reputation on Long Island and its close proximity to New York City,” Schmidt said. “I have been fortunate enough to obtain career guidance from the strong group of alumni from Zarb. Attending resume workshops and executive speaker series, I was able to find valuable mentorship.”

Schmidt has already been offered two full-time job offers for after graduation, from AIG and Amazon. He accepted a position with AIG and will begin work as a financial analyst in July, after he returns from China.