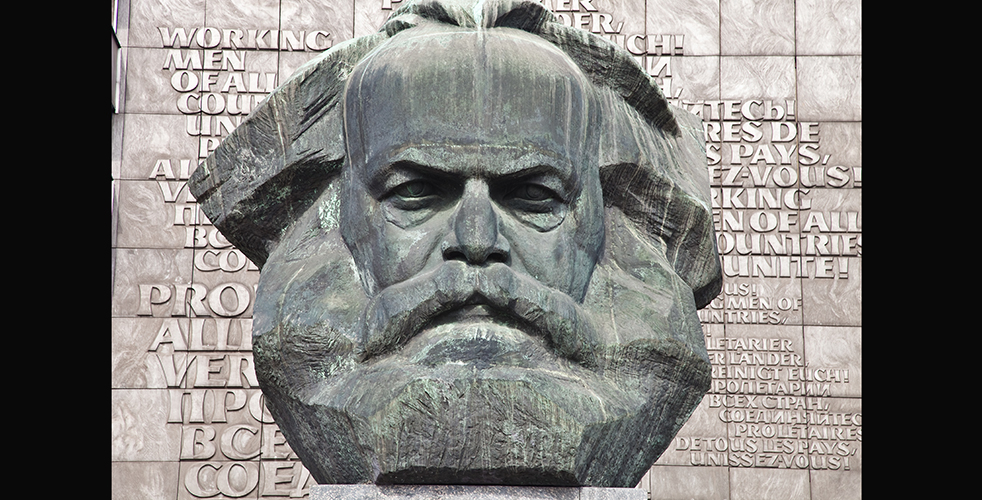 150 years ago Capital: A Critique of Political Economy revolutionized economic theory by outlining the workings of the capitalistic system.  Many aspects of the global crisis we are confronting today — poverty, economic stagnation, rising inequality, climate change,  rising militarism – have their roots in the nature of capitalist relations.  Hofstra University’s Cultural Center is presenting Karl Marx’s Critique of Political Economy and the Global Crisis Today on April 6 and 7 to explore the continuing relevance of Marxist analysis.

This conference brings together an international array of speakers who apply Marxian analytical frameworks to better understand where we stand and where we are headed.  Scholars and activists from Argentina, Australia, Austria, Brazil, Canada, Finland, Germany, Mexico, and the UK will join scholars from Hofstra and across the US in a wide variety of panel and plenary sessions.

Some highlights over the two days include:

April 7 session on Money, Transition and Post-Capitalism featuring Anitra Nelson, RMIT University, Australia and Harry Cleaver, University of Texas, Austin in a conversation about moving beyond money as a necessary step to moving beyond capitalism.  Noting the neglect of this topic in the Left broadly, Nelson and Cleaver will urge both a wide-ranging discourse and greater analytical clarity about a transition beyond money as integral to the transcendence of capitalism.

New and Old Readings of Capital

Refinements on the Labor Theory of Value

The Challenge of Artificial Intelligence to Marxist Theory

This event is free and open to the public, but advance registration is requested. Call the Hofstra Cultural Center at 516-463-5669 or email at hofculctr@hofstra.edu to register or for additional information.