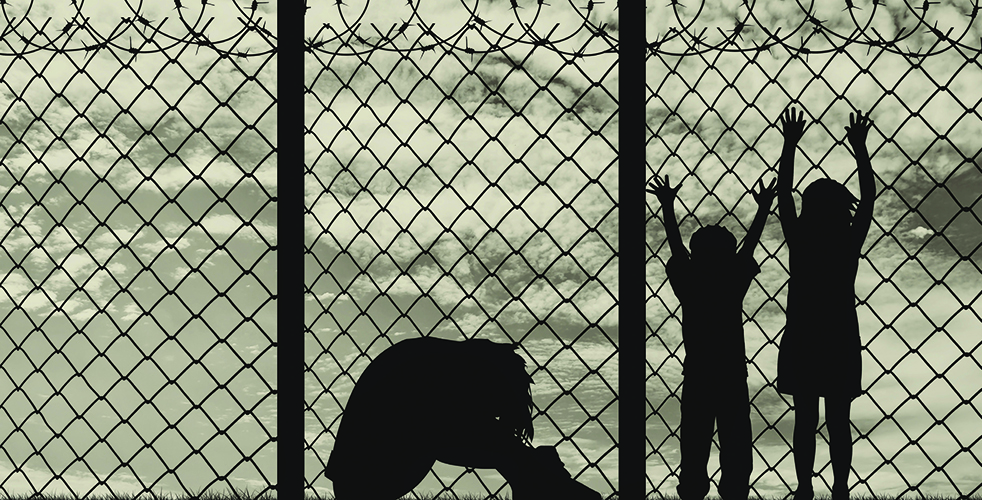 Amid continuing controversy over White House immigration reforms, the Hofstra Cultural Center and the Latin American and Caribbean Studies Program will host a program about Central American migrant children in Nassau County.

Between 2014-2015 more than 110,000 Central American children who were apprehended for illegally crossing the US border were transferred to the custody of the Office of Refugee Resettlement and resettled in Nassau County. Central American Child Migrants in Nassau County, a three-part event presented on Wednesday, March 29, aims to help the Hofstra community and the public understand the forces that produced this humanitarian crisis, as well as its legal and social consequences.

The day consists of a round-table, a participatory discussion and a workshop, organized by a group of Hofstra professors, including Warren Bratter, Valeria Luiselli, Benita Sampedro and Alan Singer.

The round-table, from 11:15 a.m.-12:40 p.m. will be held at the Student Center Theater, North Campus. Participants include immigration attorney Benjamin Bratter, who will discuss the landmark 2015 agreement to ensure equal educational opportunities for students regardless of immigration status; Hofstra alumna Rahsmia Zatar, executive director of STRONG Youth, who will present the numerous challenges related to youth and gang violence prevention and intervention; and Anjela Jenkins, attorney for the Young Center for Immigrant Children’s Rights. She plans to present an overview of the Office of Refugee Resettlement system and the role of the child advocate. This session is introduced by Hofstra student Ian Guzmán, originally from the Texas border and a fellow of the new Hofstra Center for “Race,” Culture and Social Justice.

The last session of the day is a 2:55-4:20 p.m. workshop conducted by the Young Center for Immigrant Children’s Rights and introduced by Professor Valeria Luiselli. This program is geared toward people interested in doing volunteer work, internships or professional careers in immigration. There will be an examination of the current immigration system, conditions of immigrant children in custody, the Refugee Resettlement program and application requirements.

Professor Luiselli is the winner of  a 2016 Los Angeles Times Book Prize for her novel, The Story of My Teeth and the first author of Mexican heritage to be nominated for a National Book Critics Circle Award for a work of fiction. Since she began working at Hofstra in 2015 she has volunteered as an interpreter in the court system for immigrant children and adolescents. She inspired some of her Hofstra students to form La TIAA (Teen Immigrant Integration Association), an organization dedicated to helping teenagers in the migrant community adjust to life in the United States.