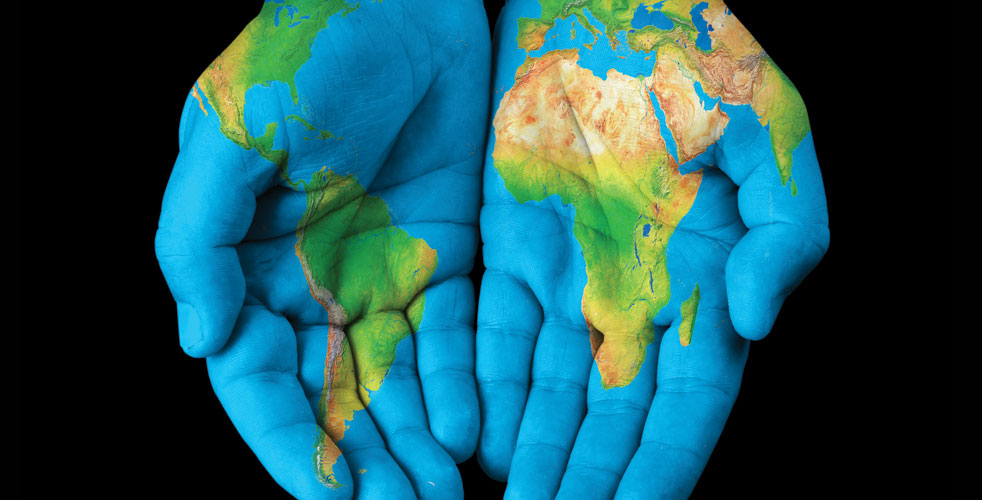 Due to blizzard warnings issued by the National Weather Service, Hofstra University will be closed on March 14 and all Globalization Day events are cancelled. The “Open Pit” screening will now be on Thursday, March 16 at 2:20-3:45 p.m. in Barnard Hall 101. All other events will be rescheduled later this semester; check the Globalization Day website for updates.

Globalization Day 2017, sponsored by Hofstra’s Center for Civic Engagement (CCE), will focus on the theme “Crisis and Opportunity in an Uncertain World” on Tuesday, March 14. The all-day series of panels, student discussions, and screenings examines how global conflict, the rights of migrants and refugees, civil unrest, and environmental issues both divide and unite the world.

“While too often globalization is used to refer to economic developments related to trade and international commerce, the Center for Civic Engagement’s objective in holding an entire day focused on the concept is to get the campus community to consider the many issues of concern that affect all of us on this planet,” said Professor Mario Murillo, CCE’s acting director of civic literacy and on-campus events. “Given recent global events, the need to dialogue and reflect on globalization in its broadest sense is a matter of urgency and necessity, more than ever before.”

The day’s schedule of events features:

Closing the Door: The Immigration Debate – this event will feature a brief history of immigration in the U.S. as well as an interactive conversation between two friends defined as immigrants. (9:35-11 a.m., Multipurpose Room West, Mack Student Center, North Campus)

Open Pit – a documentary screening about the vicious face of dirty gold mining in Peru. Faced with devastating mercury pollution, heavy metals and acid mine drainage, the people of Cajamarca fight a desperate battle to defend their water resources, their families, and their way of life.  Discussion will follow with producer Daniel Santana; co-sponsored by the Latin American and Caribbean Studies Program.  (12:45-2:10 p.m., Breslin Hall, Room 211, South Campus)

20th Century Fascism and 21st Century Populist Nationalism: What They Have in Common and How They Are Different – a discussion focusing on Italian fascism and the politics and economics of fascism, with an examination of how they compare with today’s populist nationalism. (2:20-3:45 p.m., Breslin Hall, Room 211, South Campus)

Cuba at a Crossroads – this session will feature student and faculty presentations about their experiences in the Hofstra Study Abroad program for three weeks in Havana from January 6 -25th, 2017. Topics will include a first-hand look at Cuba’s elder long-term health care system, an overview of the country’s new, independent web-based journalism, the state of women’s rights, and a look at how the current economic reforms are impacting Cuban workers. (4:30-5:55 p.m., Breslin Hall, Room 211, South Campus)

Intersectionality: Past, Present and Marching on Washington – the concept of intersectionality describes how the meeting of multiple points of privilege and/or oppression alters the circumstance of an individual. This panel will explore its historical roots and political contexts, and will also address student concern about the recent Women’s March on Washington. (6:30-8 p.m., Multipurpose Room West, Mack Student Center, North Campus)

Globalization Day 2017 is co-sponsored by the Departments of Political Science, Sociology, and Global Studies, and all events are free and open to the public.