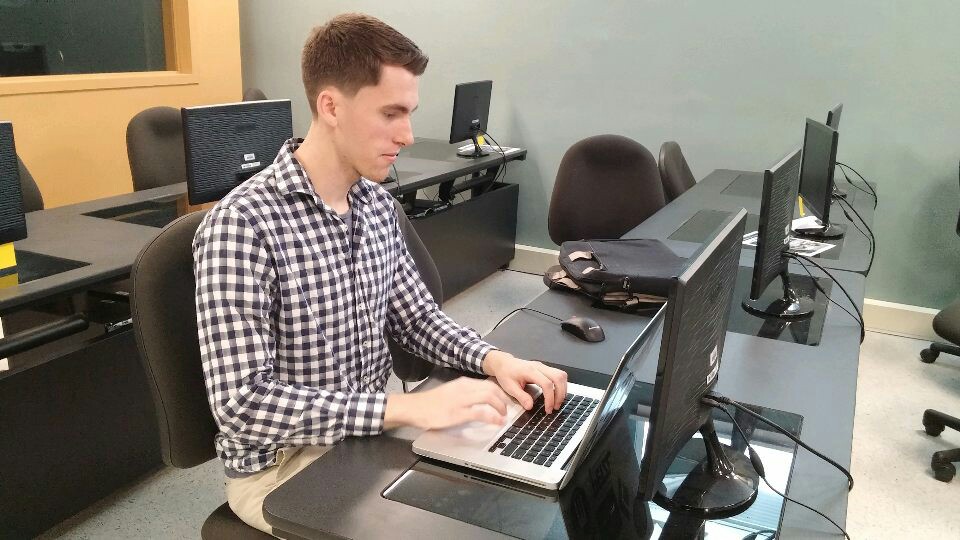 Computer science major Christopher Davie ’17, knows where he’s headed after graduation: to Google’s New York City headquarters, where he’ll be a resident software engineer in the company’s Engineering Residency Program.  The year-long program is designed to provide software engineering training to recent college graduates and prepare them to work in the industry.

He’ll train for two months, and then spend the rest of the year rotating through different teams at Google.  “After the year is up,” he said, “there is the possibility that I will be hired as a proper software engineer at Google depending on my performance.”

Davie, who is from Kuala Lumpur, Malaysia credits Hofstra’s international scholarship program for allowing him to fulfill his dream of studying computer science in the United States. And he said the research opportunities at the Fred DeMatteis School of Engineering and Applied Science, first opened his eyes to the idea of a career at Google.

“After my first year, I started working as a research assistant in the Big Data lab. The research was in the area of semantic web, which is the practice of describing data to machines, similar to how a web site presents information to humans,” Davie said.  “We ended up presenting our research at a Semantic Web Talk at the Google offices in New York City.  It was an amazing experience and reinforced my desire to work there.”

In addition to research, Davie participated in several hands-on computer science activities including the annual Hack-a-thon run by Student Computing Services and the Hofstra-CPXi Venture Challenge competition.  Davie is also president of the Hofstra Rock Climbing Club and the Computer Science Society, as well as the Senior Resident Assistant (SRA) for Alliance Hall.

March Madness
Get Ahead this Summer